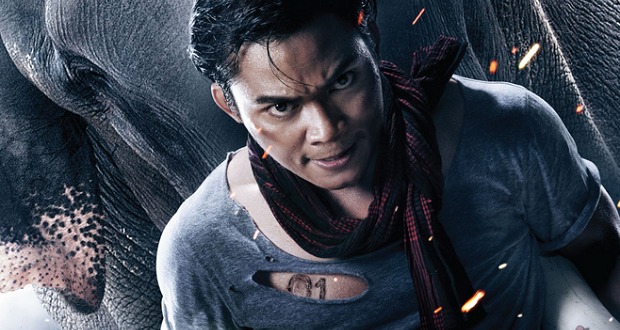 Runtime: 100 Mins
Rated: R
What To Expect: The worst thing that can happen to a sequel

Few might realise it but before Gareth Evans and Iko Uwais, there was Prachya Pinkaew and Tony Jaa.  Ong Bak (2003) is one of the best fighting movies ever shot and probably the best fighting movie of the ’00s.  That’s basically down to two reasons.  One, no wires or CGI, a fact that was used heavily to promote the movie.  Two, excellent choreography and editing.  It was a showcase of brutal and satisfying fights pinned to a plot that wasn’t unnecessarily OTT.  Their follow up, The Protector (2005), was almost as good.  Wickedly brutal fight scenes, yet so clear and cohesive.  When the likes of Matt Damon were kicking ass in indecipherable jibberish fight scenes in the ’00s, real action fans found solace in the likes of Tony Jaa.  That’s why Universal jumped through hoops to get him for Fast 7.

So that said, a lot were looking forward to The Protector 2.  Sadly, it’s not more of the same at all, a complete botch. The movie sees Kham’s (Tony Jaa) elephant get kidnapped once again.  In the original movie, the bad guys were basically poachers.  Fine, simple enough premise.  Not fine here though.  The story in The Protector 2 is an outrageous convoluted mess.  It falls to an old sequel trap – try and outdo the original by going bigger and more ambitious.  Basically Jaa gets caught up in a dangerous story of international super villains with twists and turns that defy logic… and interest. During ‘intrigue’ that doesn’t interest, they try to occasionally lighten things up with humour that doesn’t amuse.  Fuck.

This is a fight movie after all by a team with fighting movie pedigree.  So you might think that it could be forgiven for trying, badly, to rip off those recent Tom Cruise Mission: Impossible movies.  I’m sorry to say that the real reason this movie is shit is because it does not deliver with its fight scenes.  They are a mixture of laziness and ridiculous wire fu.  And I hate wire fu.  Sometimes the fights that Jaa is involved in look like they’ve had about 40 minutes prep time, they look rushed and uncared for.  The fights that do have some effort put in make the eyeballs roll.  Silly shit that plain as day used crude wiring.  You can almost point out where and how.  Wired-aided shark jumping.

To polish off the disappointment are the production values.  The first movie was rough and grounded.  This second movie goes for hideous CGI, not just hideous but the usage of it is overkill.  I’m not sure why they did this, maybe the movie was unfairly scheduled or maybe they were trying to make the 3D work.  But it’s quantity over quality all around, that includes fitting 30 motorbikes on screen at one time doing very little, as if we’re supposed to be impressed by the scope of it.  Tony Jaa also looks out of shape in The Protector 2 and also like he really couldn’t give a fuck.  But it’s hard to blame him, I suppose.

The Protector 2 is not worth anyone’s time because it removes what brought the first one to the dance – well choreographed, brutally grounded fights.  Trash can stuff.