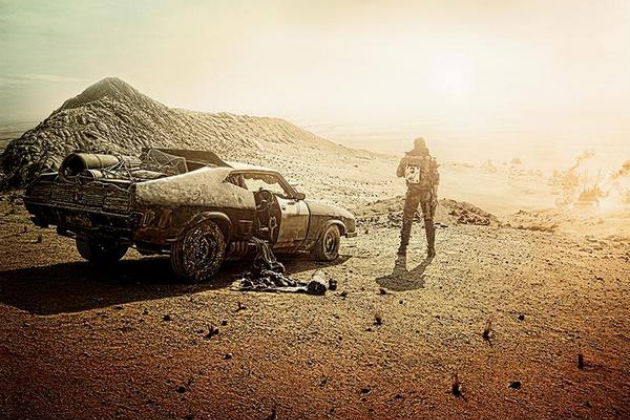 Mad Max: Fury Road had a test screening last night.  Here are some of the reactions:

“Just back from the screening. Hard to digest what I’ve just seen. I’m not going to post spoilers, sorry. Think I need a night to really absorb it. It’s an insane movie. Seriously. Probably the most unique big budget movie I’ve ever seen. It’s closer in tone and style to Thunderdome than MM2, I think but it’s very removed from the original trilogy. MUCH bigger, for one thing. Reminded me of Damnation Alley in places. For those of you worried about the sci-fi bent, you’re not going to be happy. It’s packed full of ideas, sometimes overwhelmingly so. The car chases and stuntwork are absolutely breathtaking. The movie looks beautiful. Cast are great although Hardy’s unpredictable. He won’t be for everyone. All this talk about the BoB but you’ll fall in love with the War Rig, so it evens out nicely. Couldn’t see it being an R. There’s nothing here as gnarly as MM2.”

“Just saw a screening of #MadMaxFuryRoad and it was INCREDIBLE!! I will watch it again in theaters. Charlize stole the show!”

Chatter about the movie suggests that it’s a reboot and will likely be PG-13.  It’s also significantly shorter than the first screening which took place in April, by about half an hour.  In tone the movie is supposed to be closer to Thunderdome than either of the the first two movies.  It was a screening for random people, their reactions were noted.