Stallone Must End Action Career With Dignity, With Rambo – ManlyMovie

Stallone Must End Action Career With Dignity, With Rambo 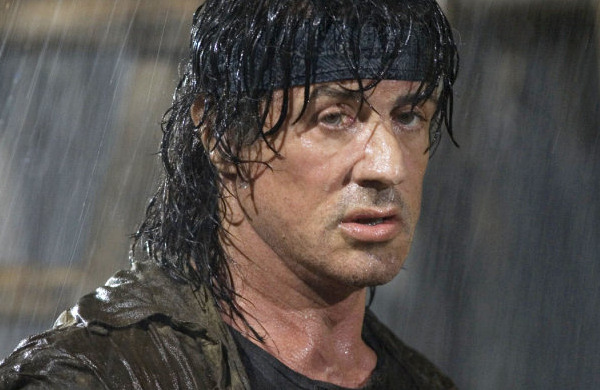 Sylvester Stallone and Avi Lerner had a grand plan. To captalize on a rebelious 2010 movie called The Expendables and create a Fast & Furious style empire/franchise with spin offs and sequels and glory and money.  Where the Fast & Furious franchise would assemble young, trending stars such as rappers and other Twitter nobility to draw in viewers, Lerner and Stallone would hire young… people, to draw in viewers.  Where the ‘Fast’ series was captained by Vin Diesel with his 371 million Facebook followers, Lerner’s team would be captained by Sylvester Stallone.  Addendum: The ‘Fast’ series was PG-13.  Giving more people a chance to see The Rock.  Of course, they would not have shown up otherwise, therefore, if we make this thing PG-13, people will also show up in throngs to see Glen Powell.  The seeds were sown for Lerner to stay rich and for Stallone to stay young.

That’s a line from Rambo III.  Something went wrong.  What went wrong exactly?  Sylvester Stallone and Avi Lerner trying to grow a vegetable garden from an oil pit, is what.  Hubris, egos and old men being strikingly out of touch.  The truth is that the leak of The Expendables 3 could’ve been a potently powerful piece of guerilla marketing – had it done what it should’ve done.  But people who have seen it are complaining that it is an ugly monster of committee-fuelled cheaping out, horrible slapstick and trying badly to be family-friendly.  Even the new target audience is shitting on it, which means that all sides now hate it.  You know the deal, we don’t need to go over this again.

And with that, Stallone’s career and dignity are swirling the toilet.  He or his fanboys may not see it yet, or admit why it happened to themselves, but it’s coming.  This always happens.  Here is the formula.  First, Stallone gets hungry and does something good.  Then after success, complacency sets in.  He makes lousy, ego-fuelled career decisions.  It happened in the ’80s.  It happened in the ’90s.  And here we are again.  Bullet to the Head and Grudge Match fucked up, financially at least.  His next movie (after The Expendables 3), Reach Me, is said to be… of questionable quality.  The Expendables series, among these flops, was supposed to be his bail out franchise.  Well that looks dead in the water and Stallone’s career looks to be in the shitter, for good this time

What about me, there’s the response from that Rambo III exchange.  When the situation with Trautman was FUBAR, and nobody wanted to touch it with a barge pole, Rambo steps up.  It’s that time again for Sylvester Stallone, to bring old John. J. out of retirement.  He did it in 2008 (okay, so Rocky Balboa got there first) with the ultra violent, inhibition-free “fuck it” effort of Rambo IV.  It’s time to do it here again.  Talk of a Rambo V was already spoken of before the EX3 disaster.  You can bet such talk is growing stronger now.  Rambo V is more likely than ever.

But this is his last chance.  Stallone must now acknowledge that he has an opportunity to end his career with dignity.  Shoot Rambo V.  Not in Bulgaria.  Not PG-13.  Not with some punk cast that he has aspirations of spinning off in a future movie that he can cameo in and use to stay young.  Do it right.  Have some balls and go out like a man, like Gene Hackman and Clint Eastwood did.  There’s still some time to salvage this senile Vin Diesel style career reverie you indulged in.

You’re not in your 40’s anymore and you only get to write a last chapter once.

Related ItemsAll
← Previous Story REVIEW: Cold In July (2014)
Next Story → So Who Leaked The Expendables 3?