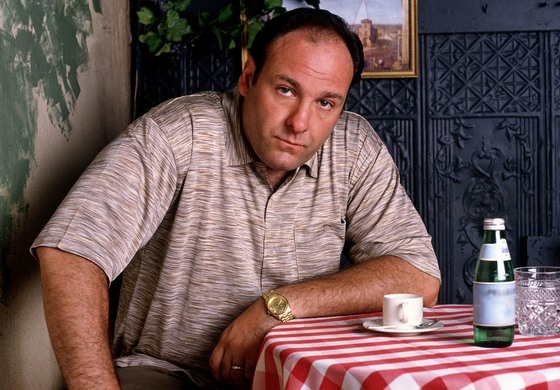 Updated:  A representative of David Chase has since confirmed that the original author had misrepresented Chase, in his claim that Chase denied that Tony Soprano had died.  Which more or less confirms two things: 1) The author was just seeking hits – being the first to confirm such a hotly debated piece of TV history would be a big exclusive.  2) Chase more or less inadvertently put the issue to bed by denying this, i.e. confirming that Tony Soprano was whacked.

To me, this confirms that the ‘Man In Members Only Jacket’ is the gunman.  There’s too much pointing towards that, that it’s obvious.  The only question is who is he?  My own theory (well, it’s a theory a lot of people have) is that he is an associate of The Shah who collects the gun from the gents room to kill Soprano as an act of revenge.  That seems like the logical ending, not perfect, but probably confirmed in the script that they won’t allow anyone to see.

Previously:  The Sopranos creator David Chase has angrily avoided the question of whether or not Tony Soprano was whacked in the final episode of the series, in June 2007.  This week, a friend of his reveals at Vox that Tony Soprano didn’t die at all.

On occasion he breaks his reserve, but makes it clear that I am not to write about anything he says that is an interpretation of his own work, since he believes that the art of entertaining is leaving the audience imagination to run wild. So when he answered the “Did Tony die” question, he was laconic.  “No.  No, he isn’t”.

What a shitty revelation, if it is official, since the author at Vox seems to have worded that strangely.  To me, Tony is dead.  The conversation with Bobby at the lake in season six, as well as the other events in that season, made it clear.  I wasn’t angry or confused like many.  I felt the ending was fine.

But this puts a different slant on it.  Firstly, if the Vox author was misquoting Chase, that’s bullshit.  If he wasn’t and Chase has been sitting on this for seven years, that’s even worse.

In a couple of days I’ll be receiving all seasons on Blu-Ray (released in the U.S. in November, but in some areas in September).  I’d hate to think that this nonsense is deliberately timed in an attempt to drum up discussion (read: promotion) of The Sopranos once again, in order to make good on sales.  That would permanently put somewhat of a damper on the legacy of the series.

Either way, the series is done and dusted.  Obviously James Gandolfini has passed and, frankly, Robert Michael Iler (Anthony Jr.) isn’t capable of fronting  a resurrection as a leading man, definitely not in the way Gadolfini did.