Details On The Expendables 3 Director’s Cut 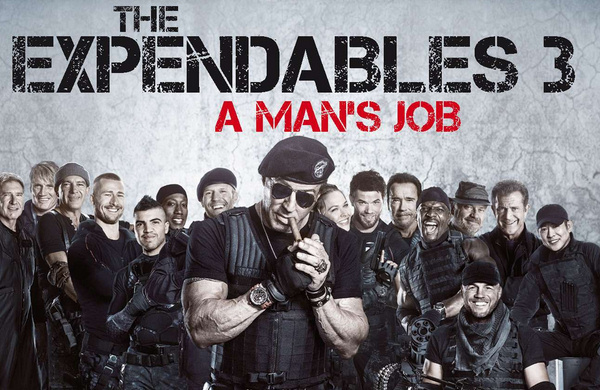 We all know that there are multiple cuts of The Expendables 3 out there.  The PG-13 theatrical cut, the four hour workprint and the cut that’ll interest many the most, the director’s cut.  Well the first details have emerged of this cut, although not many.

It will be released on the 8th of December on Blu-Ray and thanks to a German distributor, we have a new look at (their version of) the new cover and also confirmation of the runtime, which is 132 minutes, as opposed to the 126 minutes of the theatrical cut.  The new cover also has the FSK-18 rating which is basically an ‘R’ cut, the first and second movies had the same rating in Germany.  I also notice that this Blu-Ray cover is slightly less flashy and uses the old military-style font that the first two movies used.

The words ‘A Man’s Job’ appear to be an actual title according to the Splendid.de page for the release.  Will the movie actually be called The Expendables 3: A Man’s Job?  At present no other details are available.  But I’d wager that the extra six minutes is basically violence only, which could make up for a lot of those harsh cuts present in the theatrical version.

Last year we ran a screenplay review which was much more violent.  Although it wasn’t the shooting draft and we took it down via studio request, it was more violent (with more action as well).  Scenes included Jason Statham cutting a man in half with an axe, reported on by some sites during the summer but old news to readers of this site.  And other scenes, such as Wesley Snipes annihilating a full troop of special forces in a one-vs-ten fight sequence inside a room, by himself.

I’m not sure if this can do much for the movie, but it’s certainly interesting news.  Check out the German cover below. 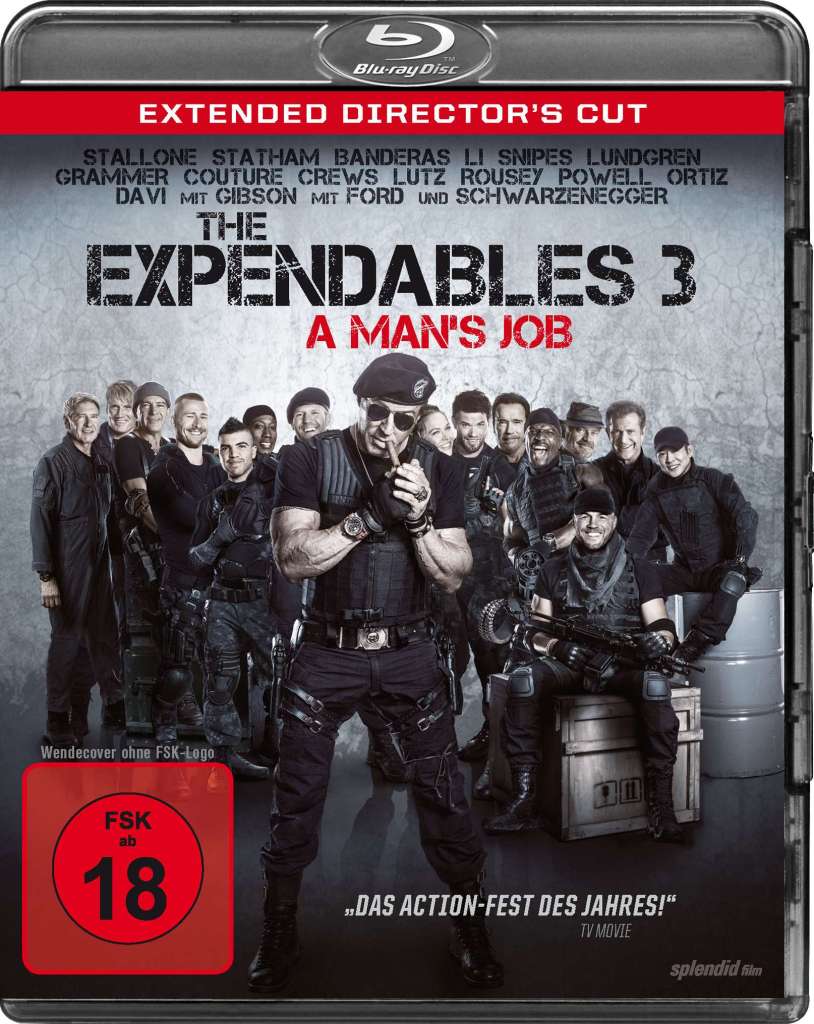