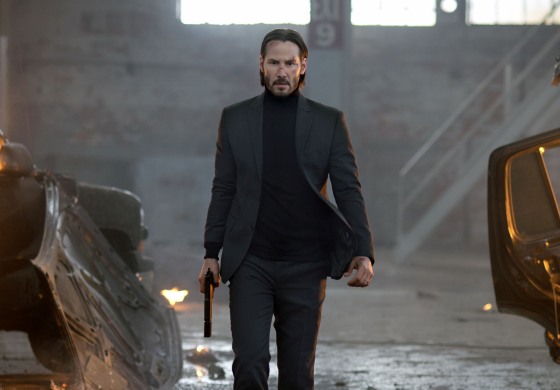 Check out this first trailer below of Keanu Reeves as “John Wick” in LionsGate’s upcoming movie of the same name. This will be a vigilante movie, a favoured genre of ours for sure. Below you’ll find all you need to know about the movie.

Synopsis: An ex-hitman comes out of retirement to track down the gangsters that took everything from him. With New York City as his bullet-riddled playground, JOHN WICK (Keanu Reeves) is a fresh and stylized take on the “assassin genre”.
Cast: Keanu Reeves, Michael Nyqvist, Alfie Allen, Adrianne Palicki, Dean Winters, Bridget Moynahan, with Ian McShane, John Leguizmo, and Willem Dafoe
Directed by: David Leitch and Chad Stahelski
Written by: Derek Kolstad
Produced by: Basil Iwanyk
Release Date: October 24, 2014
Genre: Action-Thriller
Good trailer!  Like all men know you just do not touch a man’s dog, it’s even worse than messing with his ride.  Of course this movie has more going for it than that, but this trailer is a nice introduction to the man and movie, gets the attention alright.
Related ItemsAll
← Previous Story Rambo: Last Blood Coming 2015?
Next Story → Does Arnold Have One More Predator In Him?