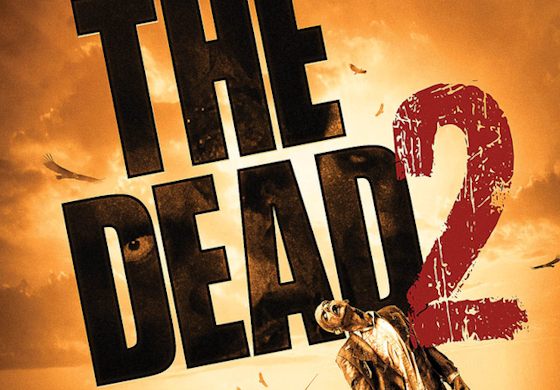 Runtime: 97 Mins
Rated: R
What To Expect: An inferior sequel with unwanted melodrama that has trouble hiding its lack of budget

The first ‘Dead’ movie wasn’t half as bad as it should have been.  Filmed on location in Africa and using meagre resources, it drank heavily from the cup of Romero, creating a survival horror exploitation movie with shuffling corpses threatening the life of a man trying to get out of dodge.  It knew its limits and was probably as good as you were going to get for such a small time movie.  I wish I could say the same about its sequel, The Dead 2: India.  In a nutshell it is a dull, slow, cheap waste of time.

This movie sees a wind turbine engineer on contract to maintain windfarms in India, using a novel vehicle (parachute glider with an engine) to access his problem areas, during the outbreak of a zombie pandemic.  He has knocked up one of the locals and during the chaos tries to trek across the apocalypse to find and secure her.  Although I wouldn’t exactly call it chaos, that’s probably the wrong word, since this movie is so slow and boring.  The lead character seems to crawl his way through a not-too-intimidating Indian countryside with a local boy for the duration.   This isn’t what we want to see in a zombie movie.

Urgency.  That’s what is needed in such movies.  Urgency leads to tension, tension leads to horror.  Is this not a horror movie, or at least was supposed to be?  The lead character, to push even harder on the brakes, has beef with his girlfriend’s father, who does not approve.  I don’t care about melodramatic in-laws bullshit, in what is supposed to be the end of the earth!  This is India, with a population over 1 billion.  Does the movie expand on the ramifications this will have for a global outbreak, or anything like that?  Nah.  We do get “You will not see this man again!” though…

I’ll give this movie credit for some nice practical effects.  When a victim gets bitten, man, they really do go for it and the skin and flesh is pulled like it really is lunch time.  I’m not sure how they did it, but they did it well.  Other than that, I’m afraid there’s not much going for this movie at all.  It doesn’t do a good job of hiding its monetary constraints like the original either.  Avoid, for the sake of putting an hour and forty minutes to better use… yes, it’s too long too.