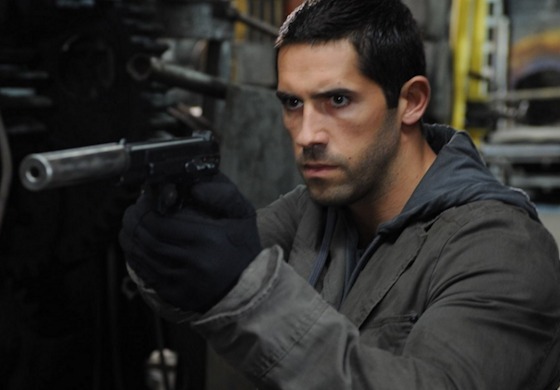 The upcoming remake of Kickboxer, the 1989 Van Damme classic (it really is!), had recently seemingly been added to Scott’s “to-do” list.  He was going to join Tony Jaa, who told ManlyMovie recently of his own involvement.  It will also feature Dave Batista in the movie which will be directed by Stephen Fung.

However it seems that Adkins has turned the role down due to being too small a part.

In a recent interview with Timeout.com.hk (via M.A.A.C.), Stephen Fung has spilled some details about his upcoming Kickboxer remake. Much like the original, Fung’s movie will be called Kickboxer, be shot in English, and take place in Thailand. If you’re holding your breath for a Van Damme cameo… you may be in luck (when asked about a Van Damme cameo, Fung replied: “Maybe… nothing is confirmed just quite yet.”). | Photo of Alain Moussi, with fight choreographer Larnell Stovall, preparing for his role. Also in the photo, is his Kickboxer promo pack from the Cannes film festival.

It’s probably for the best but also a waste in my opinion.  How is Adkins not a mainstream star already?
Source: [CityOnFire]
Related ItemsAll
← Previous Story REVIEW: Under Siege 2: Dark Territory (1995)
Next Story → Neeson For Upcoming Thriller “Tell No One”