Anderson’s Resident Evil To Live On Through TV? – ManlyMovie

Home / Action / Anderson’s Resident Evil To Live On Through TV?

Anderson’s Resident Evil To Live On Through TV? 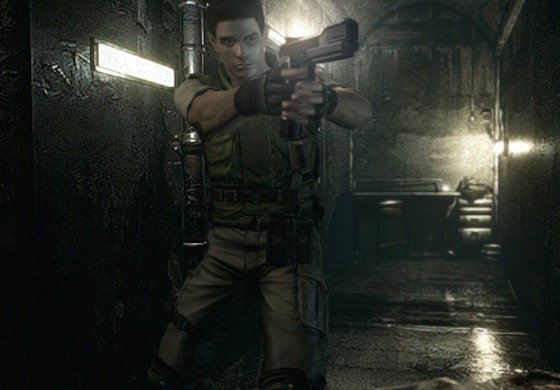 Some potentially horrible news here.  Paul Anderson’s 13 year reign of terror may actually go on, and on, and on.  And have no end in sight.  Obviously I am talking about Anderson’s utterly shit Resident Evil series. I’m not talking about the other rumoured Resident Evil series from the summer either, which is (was) one of two apparent concepts battling get the green light.  In fact we should probably talk about that one first.

The other series would’ve been called ‘Arklay’ and would’ve been inspired by Fox’s Gotham and the TV series Hannibal.  The series would’ve followed the events of the original game (and possibly Resident Evil: Zero?), where investigations are launched into suspect goings on at a remote mansion outside Raccoon City.  It was supposed to be very much a tragic horror tale, staying true to the roots of the series.

Synopsis: “When Detective James Reinhardt is thrust into a series of bizarre homicides, he unravels the city is hiding a dark conspiracy. Learning a fatal virus is connected to it all, Reinhardt discovers it’s already coursing through him. With time no longer on his side, he must solve the conspiracy to save his own life.“

Forget it though.  German production house Constantin Film have won the day, and they are responsible for distributing the putrid movie series, along with Paul W.S. Anderson, that has had people bent over in two laughing or throwing up for the past 13 years.  The same people in part behind the horrible movie franchise will launch a TV series, once Anderson finishes up with the final movie.  Though there is no evidence for it, I am going to go ahead and speculate that Anderson will board as ‘producer’, and that the chances of it continuing his ‘mythology’ are high.

This is the second time we’ve been fucked with this franchise, which is packed to the gills with potential.  The first was when George Romero’s version of the movie was shitcanned and serial plagiarist Paul W.S. Anderson instead hired in his place to create a rank turd replete with Euro dance music (I mean what the fuck?), followed by about 17 sequels.  Now, Mance Media, who pitched the ‘other’ version of the series, seem to have been torpedoed on copyright grounds (?) as their site has been taken offline.

So I suppose that about wraps it up for any hopes of a good adaptation of Resident Evil.  Check out the pitch reel by Mance Media below, and see how it contrasts to the schlock that appears in the big screen every two years.