“Furious 7” Gets Another Badass Poster - ManlyMovie

“Furious 7” Gets Another Badass Poster 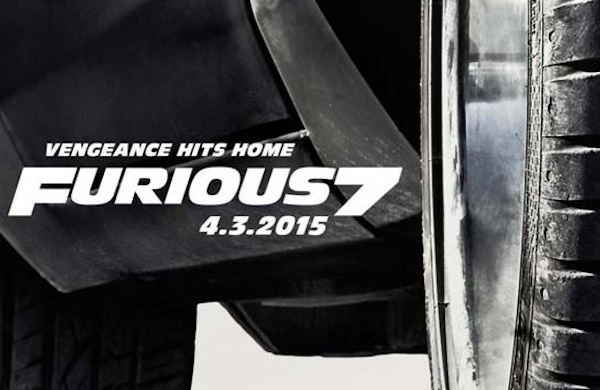 A new poster appears today for the newly titled “Furious 7”.  Anyone else notice that the last movie credited itself as “Furious 6” during the intro?  Odd, they didn’t call it that while promoting it.  This is a good poster if you ask me, possibly the best for the series yet.  Simple and showing off what brought this series to the dance, the cars.

Expect the trailer this weekend by the way, according to the franchise’s official Facebook.  Optimistic gear heads might hope for it to appear on Friday though.  That is when leading star Vin Diesel stated it would appear a week or two ago.

The movie hits April, as the poster suggests.  This will be a big movie.  Really big.  Check out an article we have predicting that it’ll bust the one billion dollar barrier: Seven Reasons Fast 7 Will Break One Billion.  You can also check out our dedicated “Furious 7” section by clicking here.