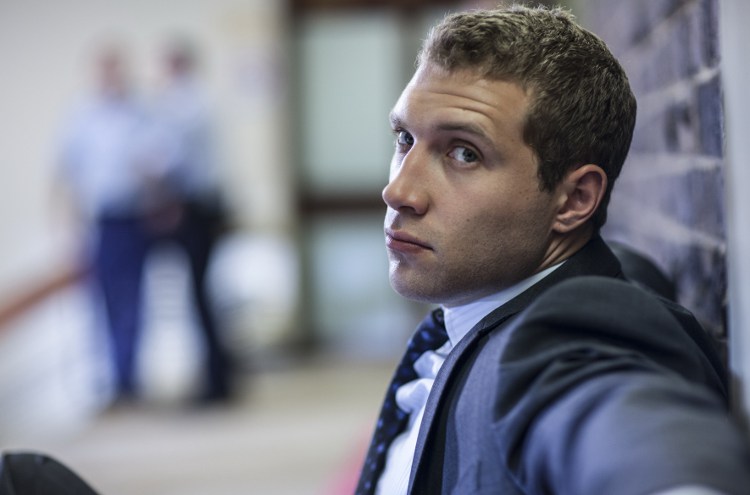 About half an hour into this I started wondering why this movie was getting a bad rap in certain circles.  It starts off as a very competently written, acted and filmed movie about corrupt cops in an Australian city.  In the last half hour though it completely unravels, although more on that below.  What I took from this movie is that Joel Edgerton is still a cool actor and that I don’t dislike Jai Courtney as much as I once did – A Good Day To Die Hard was the only movie of his I’d seen prior to this.  But I just wish they’d taken time to have a movie with a second half before committing to film.

None of us like cops, just think about it for a maximum of five seconds and you’ll probably arrive at the same conclusion.  Felony sets the tone early by presenting cops like they really are, often with something smug hanging in the air around them, sometimes just one heartbeat away from full blown scumbags.  To emphasize their eliteness, when cop Joel Edgerton leaves a drunken police party at 5am, one of his colleagues informs him of a password to get a free pass for driving under the influence, should other cops on duty stop him driving home.  I wonder if that actually happens, it probably does.  Anyway, Edgerton strikes a youth on a bicycle, calls it in yet blames someone else.  From there, dirty cop Tom Wilkinson is there to help bury the felony.

But they didn’t reckon upon rookie detective and ‘crusader’ Jai Courtney smelling a rat, who then proceeds to pursue the whole affair by himself.  This is a good premise and I’m sure someone thought, man, this would be a good idea for a movie.  But having a good idea and resolving it with a satisfying conclusion are two separate things.  Halfway through the movie comes the age old problem for stories… ‘what now?’.  Felony is anti-climatic and narrowly avoids becoming a farce, with long drawn out dialogue-free slow-mo shots and clichés becomnig filler for obvious brain freeze in the creative department, in the last 40 minutes or so.

There are good performances in here and an effective musical score.  It’s also typical of bigger Australian projects in that it’s nice a gritty/realist/sober. But who cares if there is no punchline?  Don’t waste your time, go watch Cop Land (1997) instead, a somewhat similar but much more effective movie with a beginning, middle and end.