Keaton: There’s Only One Batman - ManlyMovie

Keaton: There’s Only One Batman 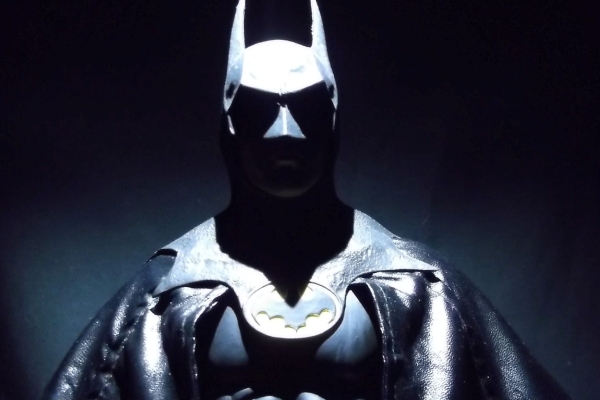 Recently Christian Bale said he felt somewhat conscious of someone else taking on the role of Batman, as in Ben Affleck.  Here is what Michael Keaton said in response to this, when ShortList asked him if he felt the same.

“Christian Bale recently said he felt jealous to see Ben Affleck wearing the cape and cowl – do you ever get that?

No. Do you know why? Because I’m Batman. I’m very secure in that.”

Damned right.  Even if he is joking, it’s still the truth.  Christopher Nolan’s Dark Knight (I guess they thought calling him Batman was too much of a stretch) had nothing on the O.G. Bat.  Nolan’s Batman to me seemed stressed, easily agitated and his Bruce Wayne alter ego seemed like a bit of douche.  Keaton’s Batman on the other hand was cool, reserved and only spoke when he needed to.  Like a real manly man.

In fact, Keaton mentioned Tim Burton’s movie being the genesis of this flood of comic book movies too.

“Tim changed, or started, everything. And I’m proud of the choice I made, in terms of how to play Batman. It’s probably easier now because Tim paved the way, and if I did anything to pave the way, I’m proud of that, too. I’ve never seen [a superhero movie] beginning to end. Oh actually, I saw the first Spider-Man – I thought that was really good. You can step into it more easily now, is my guess. Technically, [superhero movies] do everything for you. They create a world where all you’ve basically got to do is show up, not f*ck it up too much and you’ll come off OK.”

There’s only one Batman…