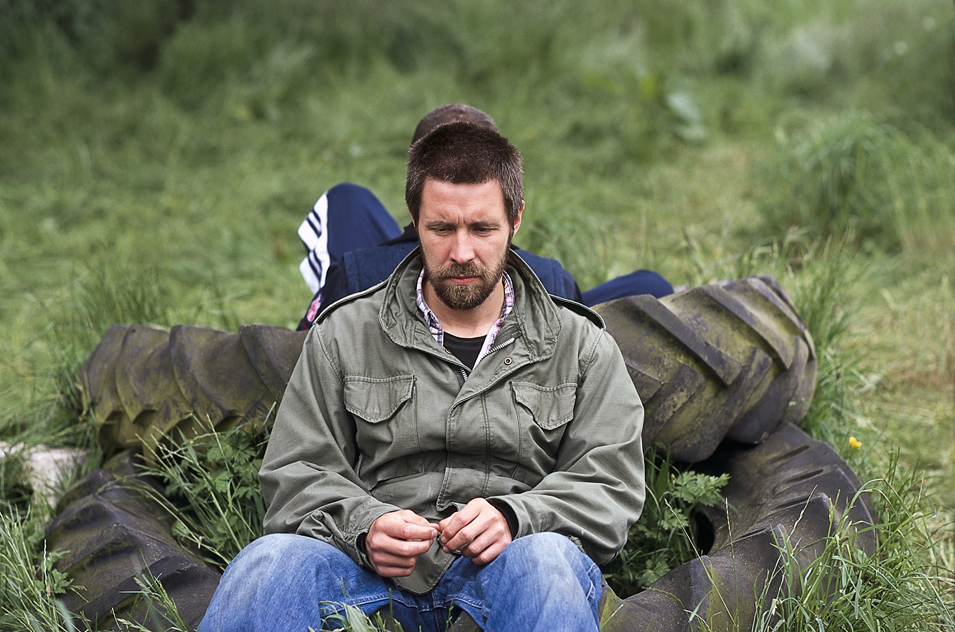 Runtime: 90 Mins
Rated: R
What To Expect: One of the top ten manliest movies of the 2000s.
In the movie Outlaw (2007) with Sean Bean, there’s a scene where a war-beaten combat vet returns to his neighbourhood.  Some gangbangers/brats, the type who bother little old ladies and get murdered by Charles Bronson, decide to abuse Bean as he’s returning to his home.  All it takes is one “don’t push me” look from a  pissed combat veteran, still in fatigues, and the peenarses flee like cowardly sons of bitches.  That was one cool scene that lasted 30 seconds.  That was kind of a tease, this one is the real deal.  Dead Man’s Shoes is that scene – extended to 90 minutes.  It’s a revenge/vigilante movie.  There’s some Outlaw to it.  There’s some Death Wish to it.  There’s even a bit of First Blood to it.  This is a nasty movie that careers towards a bleak ending.  What’s not to like?

In a small town, the local retard kid is routinely abused and humiliated by a gang of detestable pieces of shit  The kid’s older brother returns and has the kid point out one-by-one the people who made his life a living hell. The abuse and the gang is the first thing that makes this movie.  These types of movies aren’t going to work unless the villains make your skin crawl.  And it really lays it on thick.  They’re typical bullies – cowards who run in packs, afraid of their leader who is the closet coward himself.  It takes all of five minutes before you wish they’re made to pay.  The kid is also important, I don’t say it much but his acting is really off the charts, whoever he is, and that’s important here.  He’s there to put emphasis on the abuse and as a result, appetite for revenge.  And in that regard?  This movie brings a rocket launcher to a knife-fight.

It turns out the kids brother is a combat veteran back from deployment overseas, and he ain’t best pleased.  It becomes apparent pretty quickly that the brother/protagonist hasn’t quite disengaged himself from ‘the zone’, and he treats the situation like another a military affair.  In fact, he’s a bit nuts – is there a bit of PTSD commentary here?  I don’t think so, our man is cool as ice with an intelligent physiognomy.  The satisfaction in this movie comes very quickly.  Where the whole town is afraid of the gang, the brother/veteran, just back from combat, considers them less than the shit on his shoe and soon has them on the run, then starts murdering them.  In fact, even Bronson might object to the lengths he goes to – the leader of the gang gets murdered, chopped into pieces and stuffed in a suitcase.  It’s lean, and nasty but pushes all the right buttons,  You could easily watch it twice in one week.

One thing I’ll always remember from this movie, the scene where the soldier humiliates the gang-leader in front of his men is priceless and among the best from the ’00s.  “Now get in that car, and fuck off” is possibly one of the single most manly lines ever uttered in a motion picture.