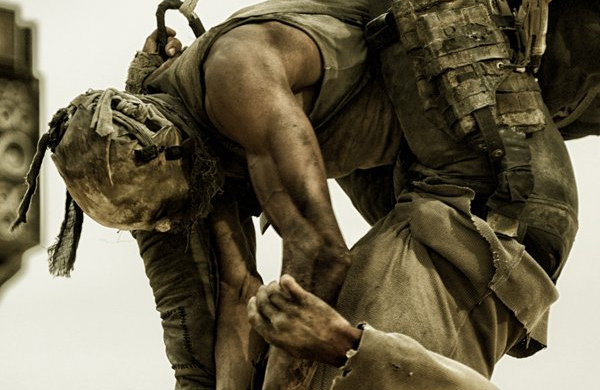 The images from Total Film show Mr. Rockatansky in a battle of a disagreement with a masked assailant.  Everything we have been hearing about this movie so far has been positive and it seems that director George Miller gambled on going big and it paid off.  As ever though the proof will be in the final movie.  The film will be released both in 2D and 3D, May 15th.

Haunted by his turbulent past, Max Rockatansky (Tom Hardy) believes the best way to survive is to wander alone. Nevertheless, he becomes swept up with a group fleeing across the Wasteland in a War Rig driven by an elite Imperator, Furiosa (Charlize Theron).

They are escaping a Citadel tyrannized by the Immortan Joe (Hugh Keays-Byrne), from whom something irreplaceable has been taken. Enraged, the Warlord marshals all his gangs and pursues the rebels ruthlessly in the high-octane Road War that follows.