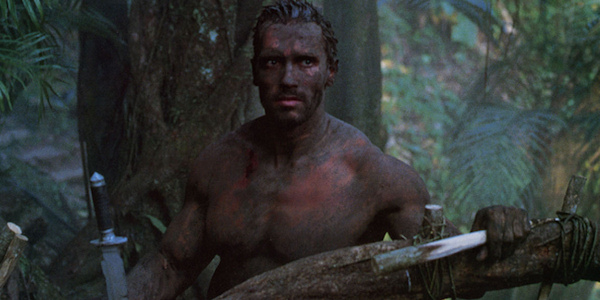 Most Predator movies outside the first are not very good.  But not all of them.  Almost every person I’ve ever talked to thinks that Predator 2 is actually a worthy sequel. Arnold Schwarzenegger doesn’t feel that way though, speaking at a recent Q&A session.

“Sometimes studios do a great job at creating sequels, and sometimes they really screw it up bad. And it all has to do with greed. Sometimes they want to do it really cheap, and make as much money as possible, so they don’t hire the right cast, or the right director. And other times they want to rush it, because they want to have it come out next spring, even though now it’s already fall,” he said. “So far, no ‘Predator’ [movie], no matter which one they did after the first one, has been satisfactory to the audience. So I hope if Shane Black does another one, this one will be great.”

So is he right or wrong?  Wrong, I would say.  Predator 2 is a very, very good movie.  It’s kind of ironic that Arnold would suddenly speak to fan opinion and fan satisfaction, when Arnold himself recently made a hypocrite of himself by saying in his book that only an R-rated Terminator movie would be good enough for his fans, only to then appear in not only a PG-13 Terminator movie but one that is ghastly as hell, rating aside.