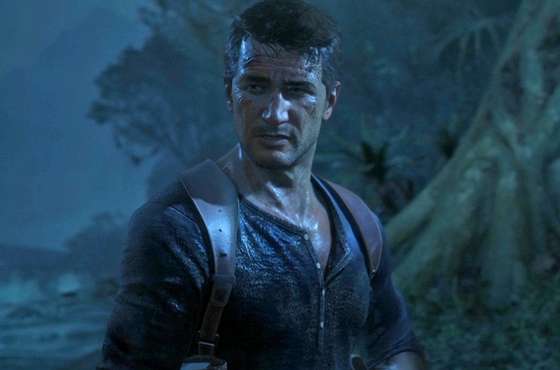 While Indiana Jones and the Kingdom of the Crystal Skull was stinking out theatres, the Uncharted series was pretty much picking up where The Last Crusade left off in gaming form, spiritually speaking.  So they’re obviously going to try turning that series – the first game, into a movie.  One rumoured name for the lead character, Nathan Drake, has been Mark Wahlberg.

Nolan North, the voice actor, speaks of his work and a possible cameo, as well as Mark Wahlberg.

“You know, I have been approached a while ago to do that. And the one thing I told them was I don’t want to be the ‘where’s Waldo guy’,” he said. “And I don’t want to walk up to him [Mark Wahlberg] and be like ‘your coffee Mr. Drake’. I just don’t want to be a nod…it could be a nod to the fans but I could be one of Drake’s buddies. Maybe the movie has something where he is sitting with some fans and maybe I am one of his pals. Or like the bartender – just give me a scene. I don’t want it to just be like ‘HAI’.”

“I mean I don’t need to be in a movie because ‘Oh I want to be in a movie!’ I have been in movies, I have done that. And here’s the thing, maybe that week I could be doing something else that could push my career forward. You are always looking for the next thing. It’s the hard thing about this career. It’s so much fun but it’s never enough. You could be on the greatest job and you would be like ‘alright, what’s next when this ends?’ Because you are always trying to find your next job while you have one.”