A Badass TV Spot For Mad Max The Game Surfaces 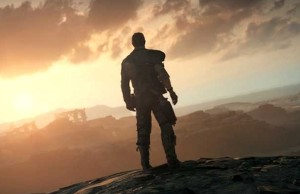 Here’s the new TV spot for upcoming manly movie video game tie-in Mad Max.  And it seems it will be quite the tie-in as it has an official link to Mad Max: Fury Road with  a primary setting of Gastown where Furiosa’s war rig was originally slated to go.

In the open world and sandbox action game, you play the lone warrior in a savage post-apocalyptic world called The Wasteland, where cars are the key to survival. Using brutal on-ground and vehicular combat against vicious gangs of bandits as you try to find solace in the Plains of Silence.  It’s also good to see that they’ve reverted and given Max back his Australian accent – it was originally American, which just doesn’t fit.

The game debuts on PlayStation 4, Xbox One, and PC on September 1st.