Brosnan In ‘No Escape’ Poster – ManlyMovie

Brosnan In ‘No Escape’ Poster 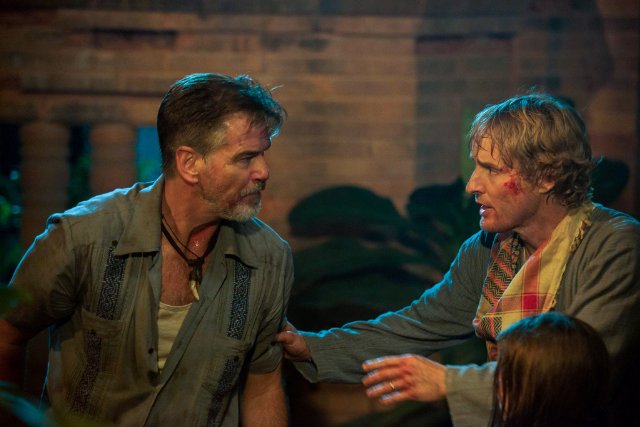 Here is a new poster for upcoming thriller ‘No Escape’, an action/thriller starring Owen Wilson and Pierce Brosnan.

In their new overseas home, an American family find themselves caught in the middle of a coup, and they frantically look for a safe escape in an environment where foreigners are being immediately executed.

The film was shot in 2013 in Thailand and was originally set for release today, but then was delayed until September 2nd.  John Wrick Dowdle has directed this movie with Marco Beltrami on scoring duties.  Brosnan’s role is described as that of a “mysterious and ultimately heroic government operative”.