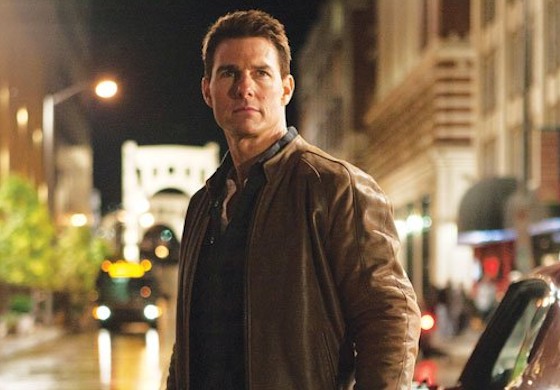 It looks like Tom Cruise will hold his perpetual grip on the box office because his schedule seems to be quite busy.  Ironically the guy is putting out a shit ton of what would otherwise be described as manly movies.  Mena and Mission: Impossible being among them.  Another one is upcoming vigilante yarn Jack Reacher 2.

THR reports that filming for the sequel to Jack Reacher  is slated to kick off in November ahead of a late 2016 release.

At last report Ed Zwick would helm the film based on Lee Child’s eighteenth Reacher novel Never Go Back. That book sees him returning to his old military base in Virginia where he’s charged with a violent incident and faced with a paternity case. Zwick and Marshall Herskovitz are working on the script.