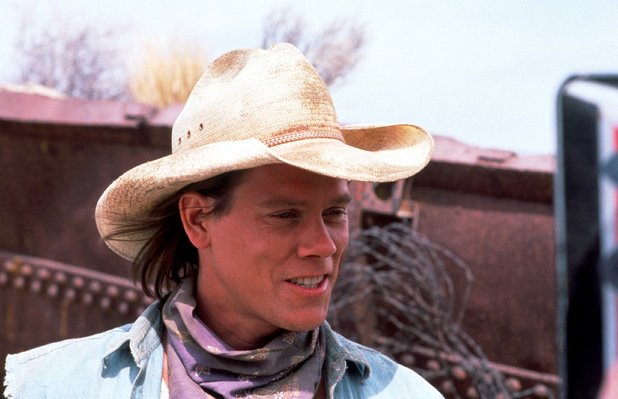 Kevin Bacon spoke last week about appearing in a new Tremors movie.  ‘I’d like to do it’ was the short response.  Which itself had a positive reaction.  Now, Bacon speaks again to W0W247, claiming that a recent viewing of the original has gotten him even more interested.

‘It’s a beautiful looking movie,’ added the 57-year-old actor, ‘it really is a good film.’

Although Bacon turned down the opportunity to return for 1996’s Tremors 2: Aftershocks – ‘[It wasn’t] going to be in theatres, so it didn’t make sense to me from a career point of view’ – it now appears he’s keen to take up monster hunting once again, though in a reboot rather than a remake.

‘This guy is one of the few characters I’ve played that I’d be interested in seeing where he is 25 years later. Who does that guy grow into? There’s a lot of possibilities about what could have happened in his life in 25 years – for me it always comes back to the character and that would be fun to explore.’

Sadly for Bacon, it appears Universal Studios has other plans for the Tremors films, with Tremors 5: Bloodlines going straight to DVD in October.  ‘Universal doesn’t seem to be interested, so it’s moot,’ noted Bacon, shattering the dreams of thousands of Tremors fans around the globe.

Universal… don’t make us come down there!