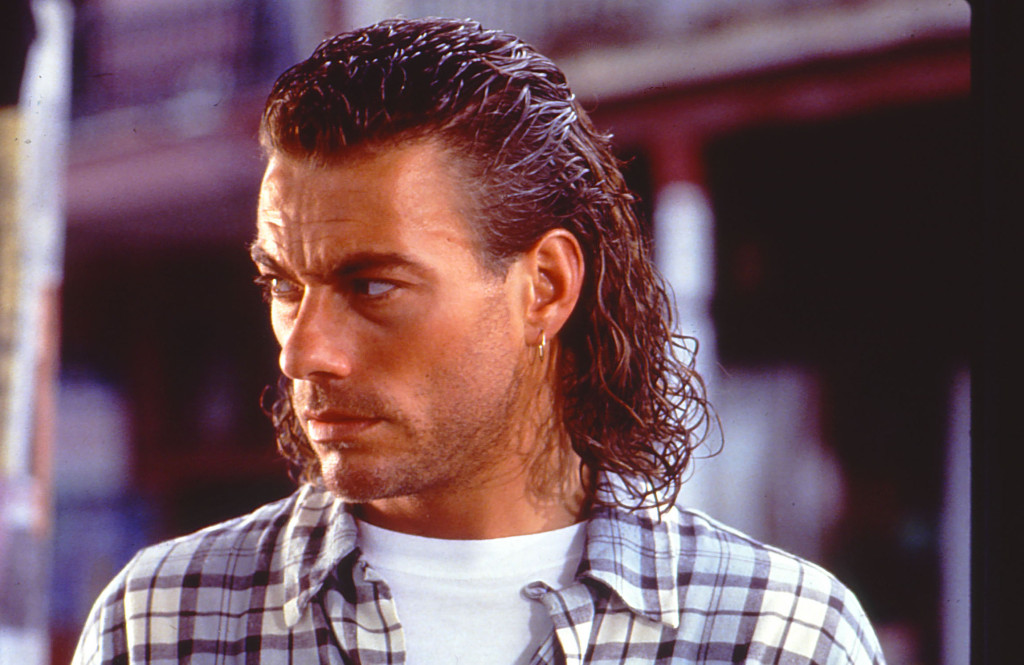 I corresponded with Jean Claude Van Damme this week, who it turns out has visted the site and has agreed to do an interview.  A surreal surprise if there ever was one, it will most certainly stop you in your tracks. That worked me into a kind of manly giddiness and I felt like checking out this old school Van Damme movie, but not just Hard Target.  This is the version that was never released. Too violent I guess.  John Woo made an unadulterated classic and they cut 10 minutes off it and watered it down to ‘only’ a really good action movie.  I watched this years ago, but couldn’t really get into it because of the quality. Those of us who remember suspect VHS backups know what I mean.  Recently, I decided I was going to take a shot at cleaning it up.  End result, bad quality had gone from unwatchable to pretty bad, but not bad enough to turn off.  I got a good handle on it, enough to realise that this is the superior version of an already awesome film. Why hasn’t this been released on home media? Someone is studio-land does not like this movie, I guess.

I have a hard time deciding whether this or Universal Soldier is Van Damme’s best movie.  It’s definitely John Woo’s best (American) film.  This is Van Damme in his prime, being directed by arguably the best man to get the best out of him.  It’s actually a fairly brutal movie, it’s kinda funny that this was released in the same year that Jurassic Park (which is a damned good movie) was shifting containers full of lunchboxes and toys.  John Woo is an action surgeon.  He knows what should be slowed down and when, and conversely just when and how to unleash kinetic hell.  He’s a man that likes his violence and weaponry too.  You combine that with JCVD and it can’t fail.  You add Lance Henriksen and it just gets sweeter.  Henriksen, by the way, does the villain thing so well.  And with this movie, hell, even the sound is a cut above; that’s exactly what a bike with that engine should sound like.  Woo likes his bikes, too.
If I was unsure whether the theatrical cut was better than Universal Soldier, then this settles it.  As a movie, this is Van Damme’s best ever.  And that is saying something because it’s in pretty rough shape, from an editing perspective.  Obviously, the quality is shit, but it’s a rough final cut as well.  Not quite polished.  It has a temporary soundtrack patched together from other movies.  Aliens, Patriot Games, Rambo II and other action movies.  Which is a bit weird, but sort of  (mostly) works.  Then there are the main differences.  This is a heavily edited version with an additional 9 minutes on top of that editing.  It is, according to John Woo himself, the movie we were intended to see.  It’s Hard Target, only more violent, longer and overall just a more menacing film.  Lance Henriksen is even colder, Van Damme even more aloof.  Aside from added violence, e.g. the infamous ear cutting scene is here in its entirety, the whole movie just flows better.  Especially the action.  There are too many differences to list here, but this is the peak of 90’s action.  It’s a fucking crime that this movie doesn’t get a decent home release.
Now, if only we could find that ultra-violent cut of Predator 2 that had the censors shitting their pants!