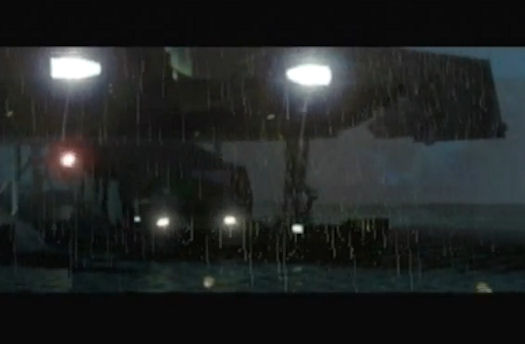 Gaming went through some big changes in the mid-90’s thanks to Sony’s more adult orientated approach.  2D hedgehogs, plumbers and cuddly things increasingly took a back seat in the 3D revolution to more mature games.  Kids found themselves being turned away when trying to buy games a lot more, with games like Resident Evil, Die Hard Trilogy or Alien Trilogy requiring an I.D. or parent to buy.  And it’s funny that games were doing the exact opposite of Hollywood, where the whole idea was to pander to kids from the mid 90’s onwards.  Somebody at Fox Interactive greenlit an Alien tie-in, and they even assigned a decent budget for it.  End result is one of the few movie tie-ins that worked very well.

This is a game from an era where you couldn’t just sign in and find a co-op partner so that you could both hold each others hands throughout the campaign.  Gearbox Software (who developed more Colonial Marines), maybe you should take note and play this game for an hour or two – not every game needs co-op, especially a horror game.  Alien Trilogy gets the basics right first.  For a 19 year old game, it controls and moves well.  It looks good, e.g. it’s one of the first games I recall having transparent glass that could be shot out, and it sounds good.  I guess this is where FOX came into play in ensuring quality. The finishing touch is a complete sense of isolation with appropriately darkened levels.  It’s a creepy game in its own right, a sense of relief can be felt when you finally exit a level.  Each level is oppressive and wills you to leave.

The real selling point of this game is obviously its license.  Most impressive is probably the sound. Voice impressions are (very briefly) done for the characters of Bishop, Hudson and Ripley, who can be heard in the PC game. The guns all sound exactly like they do in the second movie, the actual soundbites must have been lifted straight from FOX archives.  So do other things such as doors opening etc.  Speaking of guns, every gun save for the sentry gun is here.  Flamethrower, pulse rifle, smart gun and even Hicks’ ‘Close Encounters’ shotgun.  For its time, the FMVs were seriously fucking cool and well presented as well, remember when cutscenes weren’t automatically skipped by the player? (See the first screengrab above).  As for the movies stories, there’s not much plot.  I mean, its a 90’s FPS.  But it does feature scenery from each movie, with Aliens filling in most.  The atmosphere is completely nailed to the fucking wall in this game, basically

Some people like their AVPs, but for me this is still the chief Alien game out there.