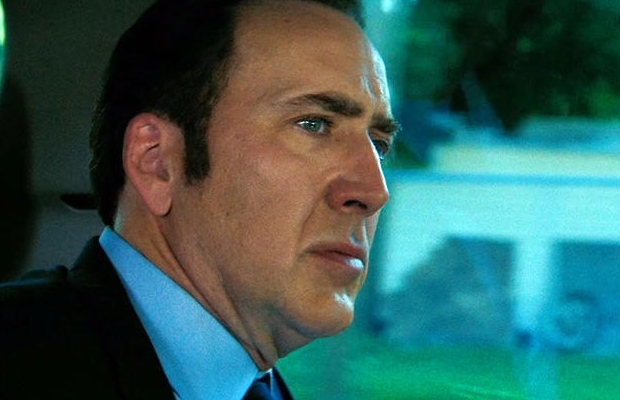 Everyone knows that Nicolas Cage’s career hit the skids a long time ago.  Nowadays, we know the drill, everything he appears in is lowly. cheap and lazy.  Well, with this latest movie, given its serious subject matter and tone, people wondered whether The Runner might be one to kick-start Cage’s career if just by a little, or if only to quietly earn respect as a well executed C-Movie.  It happened a while back with Joe, a pretty solid drama with Cage earning his pay as an actor.  Almost like a poor man’s Mud.  But it worked, so who cares if it was cheap? This is not one of those instance though and it what I feared it would be.  With a moden Cage movies, you’re (probably) going to be bored to tears or be treated to inappropriate laughs.  Expect the former here…

Nicolas Cage plays a Louisiana Congressman who, at the height of the BP oil spill, starts thumping tables and demands action in aid of the local peasantry.  But Cage, however, likes some action on the side.  Such as fucking his constituents on elevators that have cameras.  Naturally, Uncle Same is watching and uses such indiscretions against Cage when he raises a storm over the disaster and lack of action to remedy problems or prevent it from happening again.  Unfortunately, that’s about all she wrote, a single topic that is then stretched out for 90 minutes.  It is tremendously boring and the fact that this was shot on the cheap in New Orleans is repeatedly evident, which doesn’t help us while we stuck in an immovable narrative quagmire.

The stars in this movie break their backs trying to act the movie to the next level, such as Wendell Pierce or Nicolas Cage himself.  But it’s just fiercely dull and uneventful.  It’s like a movie that would’ve starred Matthew McConaughey, had it had a re-write and larger budget.  The film sometimes gets worse than simply being boring, such as when Cage goes on an eco-monologue about weaning ourselves off of oil, like this is the film’s big underlying message.  But when it goes ‘there’ it comes off as amateur hour.

So, this sleazy movie is political intrigue without the intrigue.  Cage’s flawed martyr is cheap, boring and can be seen coming from 1,000 miles out.  He should’ve just trolled the hell out of this thing, then it would’ve been watchable at least somewhat.  Even at 90 minutes, The Runner is sub-par.