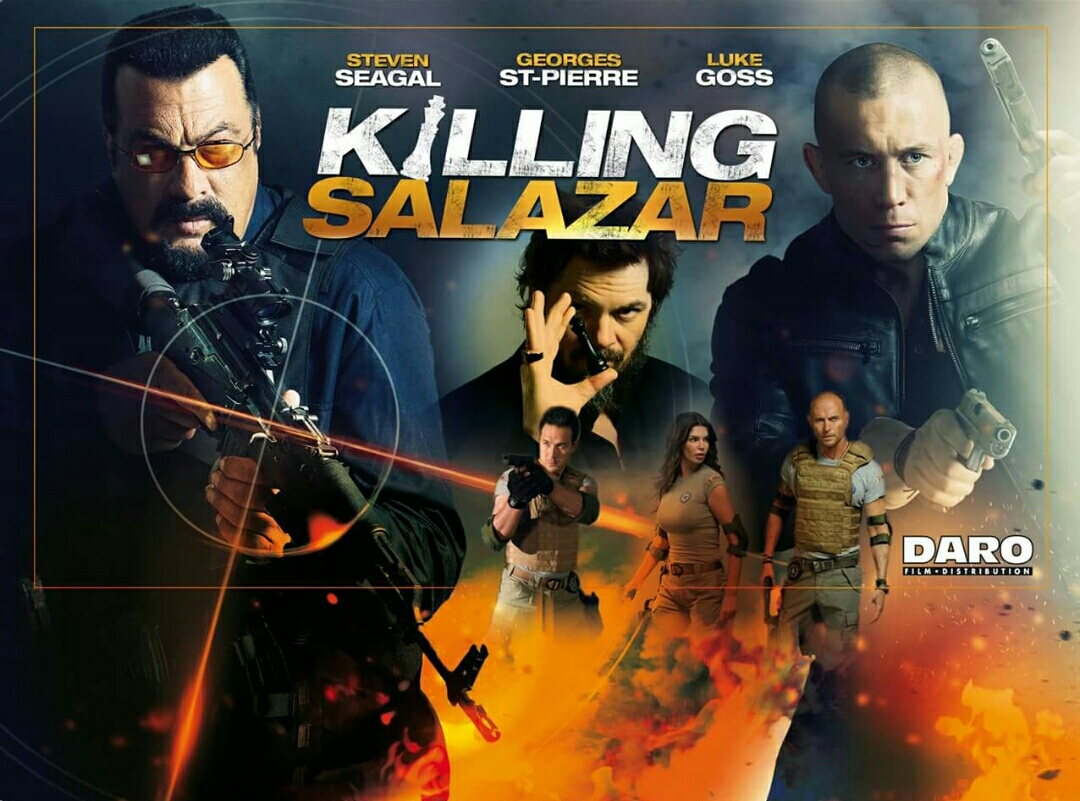 I put my hands up that I can’t keep track of Sensei Seagal’s current schedule or list of movies.  But there is another one, on top of the others that are finished but not released yet.  In his latest (est-est) movie, Steven Seagal will be killing Salazar, I guess.

The film was directed by Keoni Waxman, and shot in Romania earlier this year.  Luke Goss also stars, along with George St. Pierre.  To get a feel for this movie, check out the artwork.  Oh and in case you’re wondering who the girl is with the giant rack, that’s Martine Argent, who is totally stunning and probably the only good thing in this movie.

‘An elite team of DEA agents are assigned to protect a dangerous drug lord and take refuge in a luxury hotel while they await extraction. They soon find themselves at the center of an ambush as the drug lord’s former associates launch an explosive assault on the hotel.’