It’s been a long time since we have seen Bill Goldberg in a movie.  He spent the 2000s trying to forge a movie career that didn’t quite pan out.  One of his last efforts was Half Past Dead 2.  Now even though ManlyMovie is a devout dojo of the Sensei, even I didn’t know that one of Steven Seagal’s latter era movies had a sequel like that.  So it looks like Goldberg is having another shot at this movie stuff in ‘Check Point’.

The movie set for release Memorial Day 2016 surrounds a vagrant who discovers a sleeper terrorist cell in a small town. A team of unlikely heroes go into action to fight the enemy within their own country.

“There was a great group of people working on this. Everybody on set made it a good experience. Everyone is extremely patriotic, which also helped. Everyone had a vested interest in it. This wasn’t your normal movie project. It was a very touchy subject matter and one that needs to be addressed. We need to raise people’s awareness. If any time they need it to be aware, it’s right now.”

You can check out the trailer and artwork below. 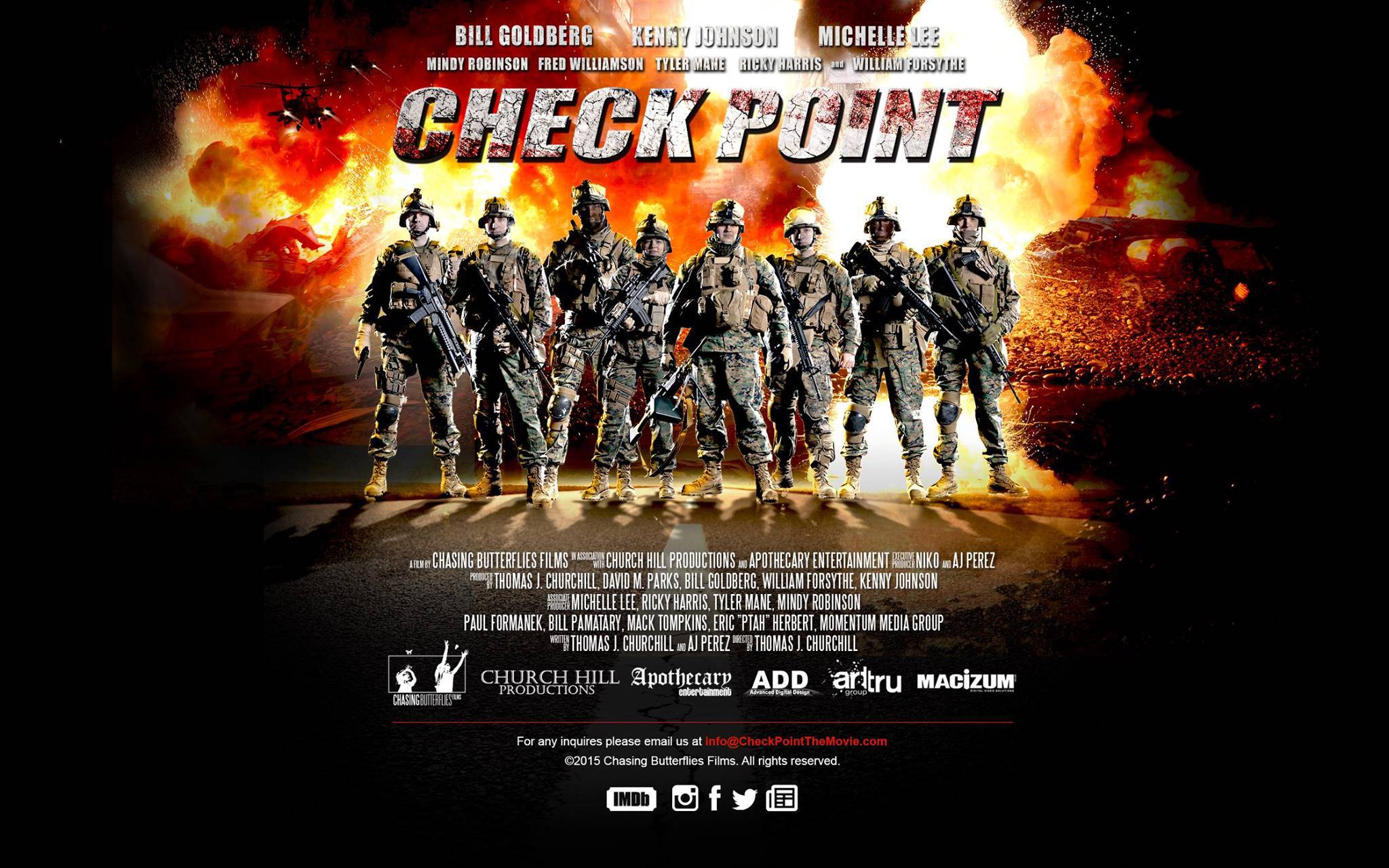