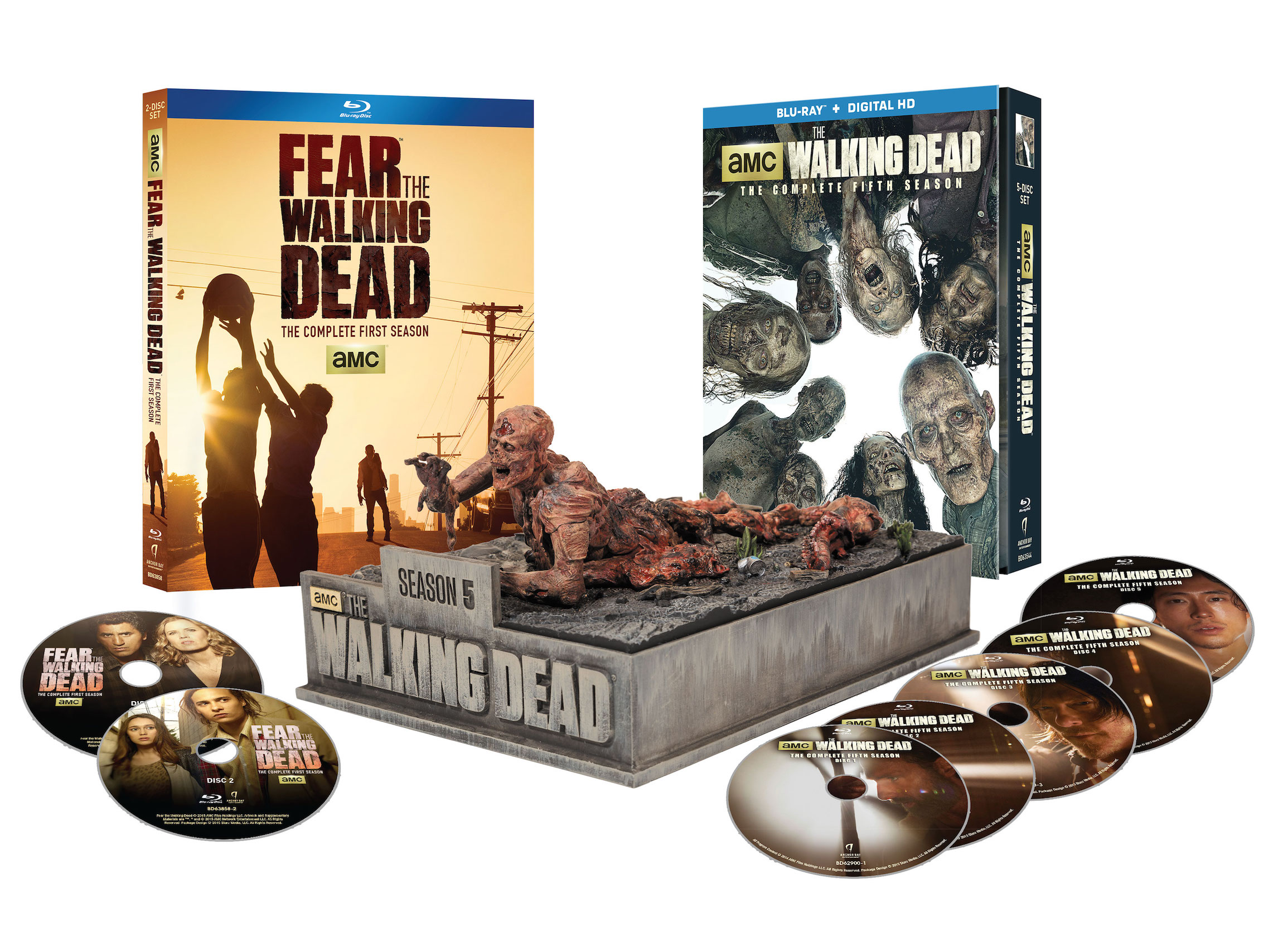 ‘On December 1st, in what has become a highly anticipated annual tradition for “Walking Dead” fans the world over, Anchor Bay Entertainment will be releasing THE WALKING DEAD: THE COMPLETE FIFTH SEASON Blu-ray™ + Digital HD Limited Edition set. As with previous limited editions, McFarlane Toys has once again created a striking, must-own packaging concept. This year’s Limited Edition features an “asphalt” walker, one of the many unforgettable images that have made the AMC series a global phenomenon. Handsomely crafted and intricately detailed, the figurine is based on the original walker designed by award-winning SFX make-up Supervisor and Executive Producer, Greg Nicotero. Packaging also includes a collectible 5-disc Blu-ray™ set digipack with exclusive “walker” cover art available only with this set. SRP is $149.99, and available for pre-order now on Amazon.com.’

Bonus Features on the Blu-ray™ + Digital HD include:

Living in the same universe as “The Walking Dead”, “Fear the Walking Dead” is a gritty drama that explores the onset of the undead apocalypse through the lens of a fractured family. Set in Los Angeles, a city where people come to escape, shield secrets, and bury their pasts, a mysterious outbreak threatens to disrupt what little stability high school guidance counselor Madison Clark (Kim Dickens, Gone Girl) and English teacher Travis Manawa (Cliff Curtis,Missing) have managed to assemble. The everyday pressure of blending two families while dealing with resentful, escapist, and strung out children takes a back seat when society begins to break down. A forced evolution, a necessary survival of the fittest takes hold, and the dysfunctional family must either reinvent themselves or embrace their darker histories.