Kickboxer 2: Retaliation Is Already A Go! 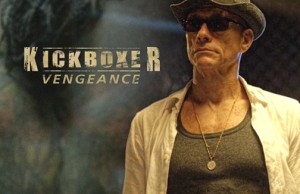 We already have the freshly minted Kickboxer: Vengeance in the pipeline.  A movie that will star Jean Claude Van Damme, Alain Moussi, Gina Carano and a growing favourite, Dave Bautista.  Moussi will play the greenhorn, Van Damme the master, Baustista… Tong Po.

But wait, there’s going to be a sequel too.

Headmon Entertainment and Acme Rocket Fuel have announced that they’ve financed ‘Kickboxer 2 : Retaliation’. Alain Moussi is likely to return as Kurt Sloan, the character Jean-Claude Van Damme (who appears in a different role in “Vengeance”) in the ’80s classic.

Now that we’re talking about this, I’m pretty sure Albert Pyun is filming his own remake of ‘Kickboxer 2’, or at least trying to.  Unless I’m mistaken he has a copyright issue and has been forced to change the name.  You know, I’d really like to get Albert Pyun’s ear on that movie he did with Steven Seagal and Dennis Hopper (‘Ticker’) which was apparently not too shabby and one of Seagal’s last good movies, until the studio destroyed it.