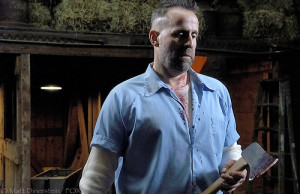 Filming has just started in New York for John Wick 2.  I guess this is going to draw more info out of the woodwork as it has now been revealed that Peter Stormare has joined the cast of the movie. According to Deadline ‘Peter Stormare (Fargo) join the already announced Common and returning Ian McShane in John Wick 2. Also coming back from the first movie are John Leguizamo, Bridget Moynahan, Tom Sadowski, and Lance Reddick.’

Filming will then move from New York to Rome in the new year, so it looks like John Wick is packing his bags and heading abroad too.  Derek Kolstad (John Wick) wrote the screenplay. The film will be released through Lionsgate’s Summit Entertainment. Lionsgate International will be selling the picture internationally. The original grossed $130.9 million worldwide last fall.

Ian McShane and Peter Stormare?  Tight casting right there.  Also props to Jeff for calling this one ahead of time.