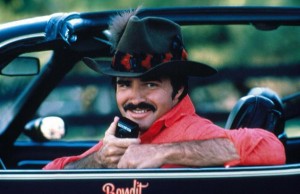 Burt Reynolds has turned down a lot of movies over the years.  I wonder if people forget that prior to Sylvester Stallone and Arnold Schwarzenegger, Reynolds may have been the biggest actor out there.  If I’m not mistaken, he was the highest paid.

Among the movies he has turned down is Die Hard.  Speaking with Deadline, Reynolds says that at that point, he made good decisions, but that this probably wasn’t one of them;

You know, I don’t know. At the time, something struck me wrong, and I kept thinking back to films that I had turned down, and the films, when I saw it later, I was glad I turned them down. But there are some films I wish I’d done. But you’ve got to follow your heart and not your head sometimes. I haven’t made the best decision about some pictures, and I realize that, but I did the best I could.

Reynolds as it happens, also turned down Bond.  Speaking about that decision, he had this to offer, as well as giving thoughts on Daniel Craig;

I would’ve liked to have had a shot at James Bond, if for no other reason, I’d be very rich now, and I could’ve had a good time with him. I would’ve at least smiled once in a while, whereas the new guy doesn’t even chuckle.

He’s not really wrong about Daniel Craig now, is he?