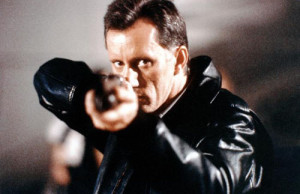 Police detective Lloyd Hopkins (Woods) doesn’t like to be told what to do, or what not to do. Stripped of his badge and gun, he pursues a killer no one thinks exists. By uncovering a secret hidden in a high-school yearbook, he will piece together seemingly unrelated clues to expose crimes dating back two decades.