Donnie Yen Says He Has Plenty More Movies In Him – ManlyMovie

Donnie Yen Says He Has Plenty More Movies In Him 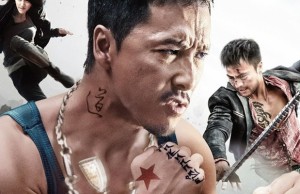 Donnie Yen, star of upcoming actioner sequel Ip Man 3 (alongside Iron Mike Tyson) is more than a recognisable face in the Asian film scene, as well as internationally.  Just how busy Yen has been intending to keep has been up in the air of late, but he says he’s not going to slow down.

Yen spoke with the South China Morning Post with a recent article published on Monday.
“I still have a lot of fire in me to make contemporary action movies,” Yen states. “They’re different from kung fu movies because the fights are not as protracted. But it’s still a form of expression for martial arts. I really want to keep going in this regard. I still have a lot of ideas on the creative side.”
Hopefully Yen will appear in more ‘western’ movies, but without taking away from his roots.  Ip Man 3 is released on January 26 and has been directed by Wilson Yip.
Related ItemsAll
← Previous Story Live In Australia? Got $90,000?
Next Story → Boyka: Undisputed IV Teaser Trailer Is Here