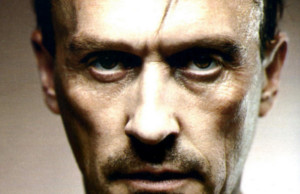 Serial creep Robert Knepper will add another manly movie to his upcoming slate, alongside Hard Target 2, as he joins Jack Reacher: Never Go Back.

Tom Cruise obviously appears in the title role for the story in which Reacher returns to the headquarters of his old Army unit, only to find he’s been accused of a sixteen-year-old murder. Knepper will play General Harkness, a retired general-turned-CEO of a private military contractor firm. A man of power and authority who thinks he’s a hero and is unafraid to do what’s necessary.