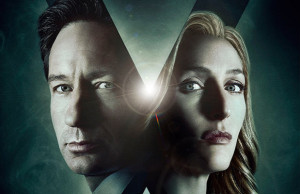 Fox is on something of a retro run with TV shows.  Not only are they bringing back Prison Break (how?!) but the X-Files too.  A new ‘catch up video’ has been released.

David Duchovny and Gillian Anderson reprise their iconic roles as Agent Fox Mulder and Agent Dana Scully in the upcoming event series which will encompass a mixture of stand-alone investigative episodes and those that further the original show’s seminal mythology.