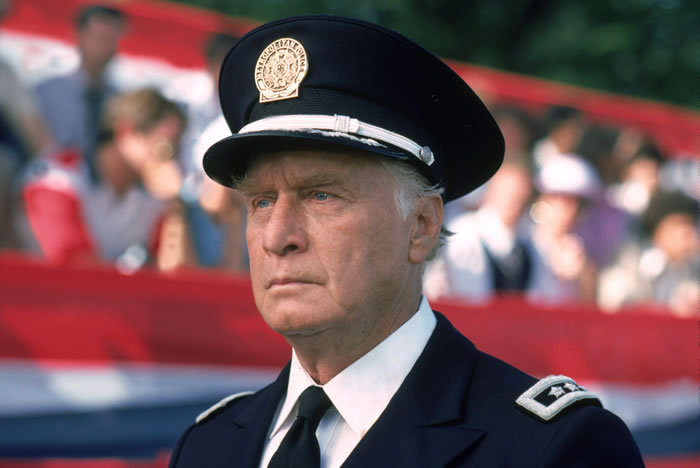 I just spotted the sad news over on MovieHole.net, that Commandant Lassard has kicked the bucket.

George Gaynes, perhaps most famous for his role as manly man Commandant Lassard in the Police Academy series, has passed away.  He was 98, so at least he had a good run at it!  Born in Helsinki, Gaynes appeared in shows like The Defenders as well as Mission: Impossible.

They are rebooting Police Academy and apparently Gaynes was up for a cameo role.  I think virtually everybody I know harbours various levels of hate for ‘Police Academy’… but notice that it takes quite a while for them to change the channel when one of those movies comes on.

And now, we role out the usual video for these sad entries…