1st Look At Nicolas Cage In ‘Army Of One’ – ManlyMovie

1st Look At Nicolas Cage In ‘Army Of One’ 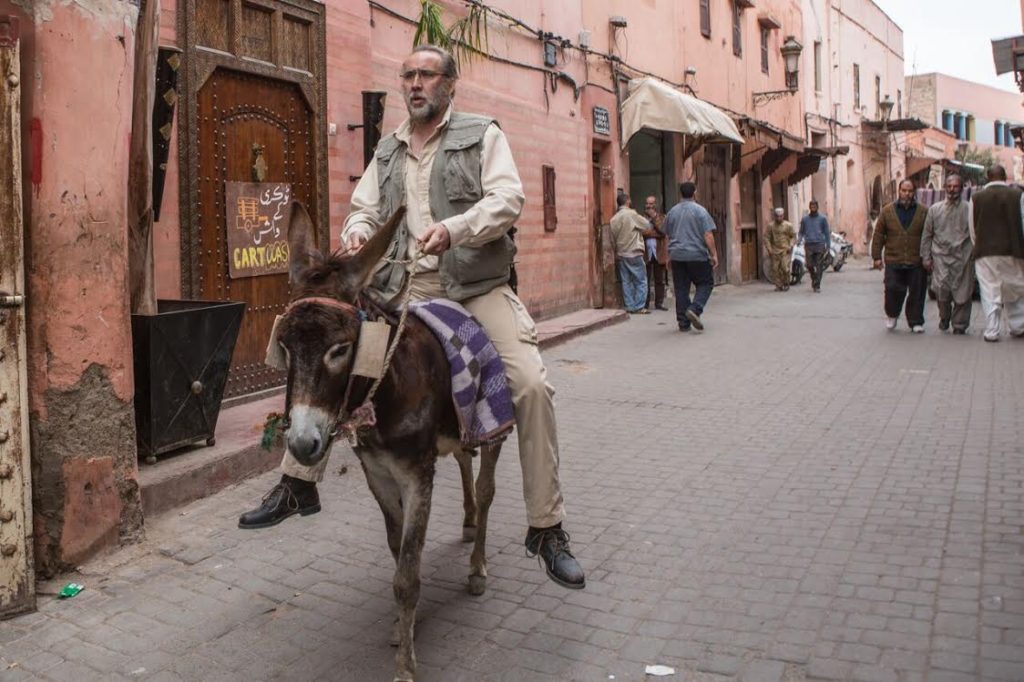 I know everyone here loves Nicolas Cage, every movie he appears in has some type of quality to it.  Now check out this premise and tell me it isn’t manly as fuck; Nicolas Cage goes after Osama Bin Laden armed with a sword.  Day one!

Check out the synopsis and details below.

Academy Award® winner Nicolas Cage (Leaving Las Vegas, National Treasure) and Russell Brand (Get Him To The Greek), embark on one hell of a holy mission in the hilarious comedy Army of One, the mostly true story of one man’s quest to single- handedly capture Osama Bin Laden. Directed by Emmy Award® winning director Larry Charles (Borat, Bruno, “Curb Your Enthusiasm,” “Seinfeld”) with screenplay by Rajiv Joseph & Scott Rothman, Army of One will arrive on Blu-ray™ Combo Pack, DVD, and On Demand November 15, 2016 from Anchor Bay Entertainment and on Digital HD November 4, 2016.

Gary Faulkner (Cage) is an ex-con, unemployed handyman, and modern day Don Quixote who receives a vision from God (Brand) telling him to capture Osama Bin Laden. Armed with only a single sword purchased from a home-shopping network, Gary travels to Pakistan to complete his mission. While on his quest, Gary encounters old friends back home in Colorado, the new friends he makes in Pakistan, the enemies he makes at the CIA – and even God and Osama themselves. Wendi McLendon-Covey, Rainn Wilson, and Paul Scheer also star in this hilarious tale of patriotism and one man’s quest for justice. 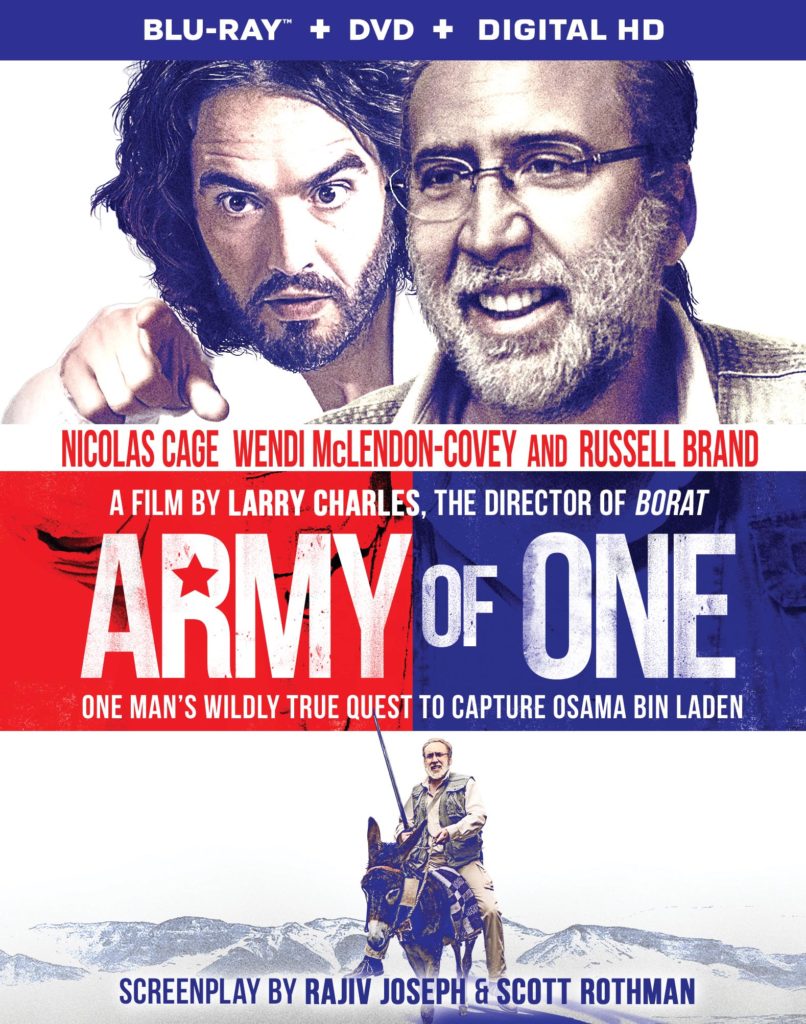