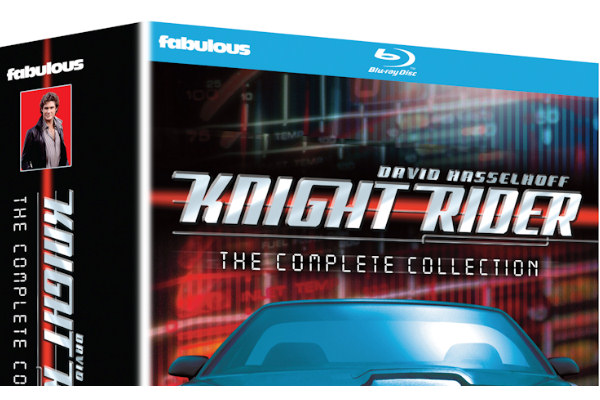 Running Time: 4,327 Mins
Rated: 12
What To Expect: A real deal remaster, but the extras are kind of old and paltry

Knight Rider is one of those seminal pieces of 1980’s television that owned the screen in its original run. There’s something about shows like this, Miami Vice and The A-Team which command a special brand of nostalgia.  And like The A-Team on Blu-Ray, Fabulous Films is first out the door with updating this iconic brand in shiny, deep 1080p.  I’m not ashamed to say I indulged a bit of Trans-Am and Hoff-fro action with this set, a lot – damn, there are so many discs. 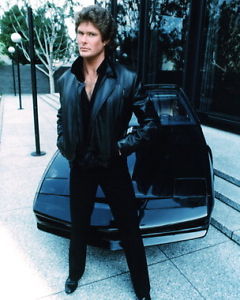 You gotta hand it to David Hasselhoff, he was a real good sport with this one.  A different actor may have turned his nose up at the concept, but The ‘Hoff really did enjoy his time netting pissant criminals with a talking dashboard.  For the unitiated, Hasslehoff plays Michael Knight, a primary field agent in the pilot program of his public justice organization, the Foundation for Law and Government (FLAG).  He tours the streets in a prototype bullet-proof self aware car, capable of ramming though walls, turbo boosts and dry, deadpan obversational pedantry.

Here, Hasslehoff is essentially The Lone Ranger and the Pontiac Trans AM, K.I.T.T. is Silver, episodes are still surprisingly fun.  It also depends on how you might digest it.  For example, the peak of camp in this series is when The ‘Hoff fills in for both Michael Knight and Garthe Knight, his evil alter ego.  There, Garthe is distinguished by his suspect moustache and, even better, an invincible truck with a molecular bonded shell.  Some might find that too laughable to endure, but I found it edge of the seat stuff!

Perhaps some of the episodes are overly formulaic in the final season and the car’s gimmicks (‘Super Pursuit Mode’) crossed a line, but overall Knight Rider is still slick and guilty pleasure fun.  Cool theme tune too.

Something to note first, I tried my damnedest to grab some screens from this release, because it really is pretty and once again, I think this site would’ve been the first to do so.  But Blu-Ray playing software on PC has always been a weak area for home media, and it is getting worse; if you try to spin up a new Blu-Ray disc on a PC, good luck getting it to play, even with VLC.  This is especially the case for pre-release discs like these that are not matching the latest firmware for software.  So if you can’t get it to play on a PC, it’s difficult to freeze a screen shot.

Anyway, like The A-Team, I really can’t see Knight Rider getting any better than this, visually speaking. I was caught once again with the intro looking muddy, old and grainy, only for the quality to kick in when the episode begins in earnest.  I’m not sure why they haven’t remastered the intros for these series. 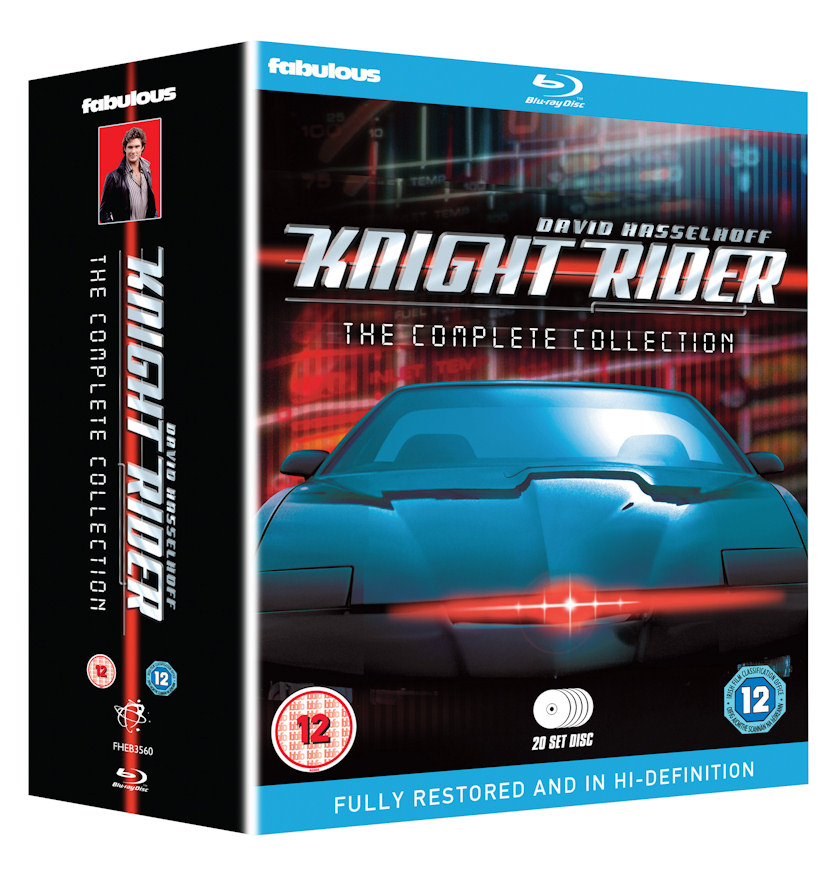 The car, for example, looks better than ever, its black lines are deep and inky.  You can truly appreciate the wax job that it has for each episode, and the dash lights dazzle stronger than ever.  We have strong colours and formidable depth for an old show – each episode has no problem going above 30MBPS.  All 90 episodes have been painstakingly restored, well over 4,000 minutes.  Hardcore fans are really going to dig this.

In terms of extras, we have a six minute featurette covering the stunt work in the series (and there was a lot of that), a six minute featurette on the iconic theme tune and a 15 minute retrospective.  However, these are old documentaries from 2004, still in 4:3, which is kind of disappointing.  I would have liked to have seen a lot more.  But some of it is genuinely hilarious, take this one example in closing.

After schoolkids witnessed an episode where enraged bikers were fruitlessly trying to wreck Knight’s car with iron bars (as The ‘Hoff sat inside, beaming an epic troll face, as if to say, gimme yer best shot, boys), they were mightily impressed.  They (the kids) then made their way onto the set one day to marvel at the car’s indestructibility by kicking the shit out of its panels, only to find that Pontiac’s panels were less than bulletproof (who knew!) and parts started falling off.  They were disappointed, but no less than the hysterical crew.