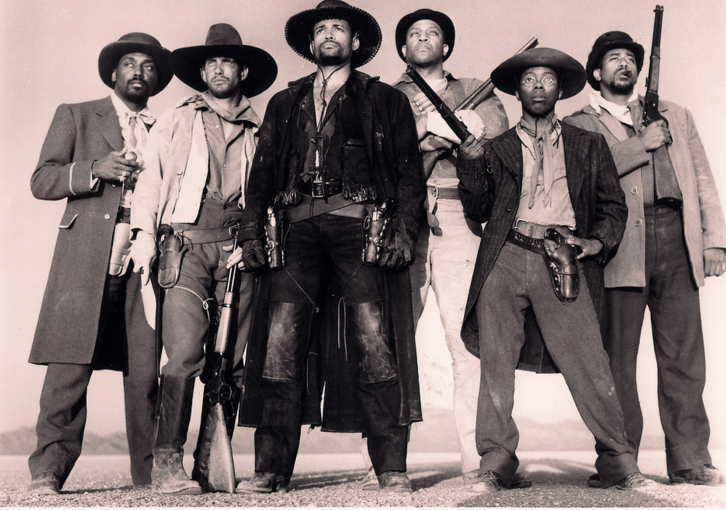 Posse, a Western action film directed by Mario Van Peeples is a noble attempt at depicting the lives of African-Americans who migrated westward after the Civil War.  While Peeples as gunslinger Jesse Lee makes a heroic figure, as a director he blows his sterling supporting cast (Blair Underwood, Pam Grier, and Richard Roundtree) to make an often incoherent and middling Western.

Posse begins with legendary NFL hall of famer and former Western actor, Woody Strode narrating the forgotten history of the American West.  Strode describes how black and biracial cowboys were ignored because of their race (Nat Love, Cherokee Bill).

The story then moves to Cuba, during the Spanish-American War in 1898.  The place is a chaotic environment, with gunshots and cannon fire blowing soldiers apart.  The Americans are led by the vain and prejudiced Colonel Graham (Billy Zane).  Under his command is the all-Black 10th Calvary led by Jesse Lee.  In battle, Jesse is shown to be a decisive, cerebral and an excellent shot.  When the battle goes sideways, Graham decides to evacuate his men.  After this tactical retreat, Graham recruits Jesse and the rest of his men for a covert mission.  Lee’s crew are to intercept a Spanish supply convoy and capture their supplies and munitions.

The mission takes a surprising turn when they discover the Spanish convoy is carrying thousands of gold coins.  Predictably, the posse are double-crossed by Graham, who wants the Gold for himself.  Jesse’s posse, in response, are able to return fire at Graham’s men, killing them and eluding capture.  From then on, Graham, now blinded in one eye from the shootout, is on a quest to hunt down the posse at all costs.

Sneaking back into the United States in the coffins of dead servicemen, Jesse heads back to his hometown of Freemanville, a black settlement on the Western frontier.  Jesse is back for revenge on the men who killed his Father and sent him to jail.  However, Jesse’s arrival sparks a violent confrontation between black and white settlers.

Posse needs more editing to simplify its story and make it intelligible for audiences.  The film is also disorientingly shot and contains numerous instances of bad editing and bad acting.  Billy Zane as the venomous Colonel Graham is profoundly unintimidating and makes a pathetic antagonist. Additionally, the appearance of rappers Big Daddy Kane and Tone Loc is distracting and their atrocious performances hurt the film.

Posse is an overall disappointment for Western fans.