Another in the line of, huh, that’s happening? … movies.

Directed by G.J. Echternkam, Death Race 2050 will be released on January 17

I love how they kinda sorta make it look like it could be Jason Statham (it’s not) on the cover, with the heaving cleavage next to his lookalike to complete the distraction bait.

Could be worse though… coulda been another Walter_B effort… 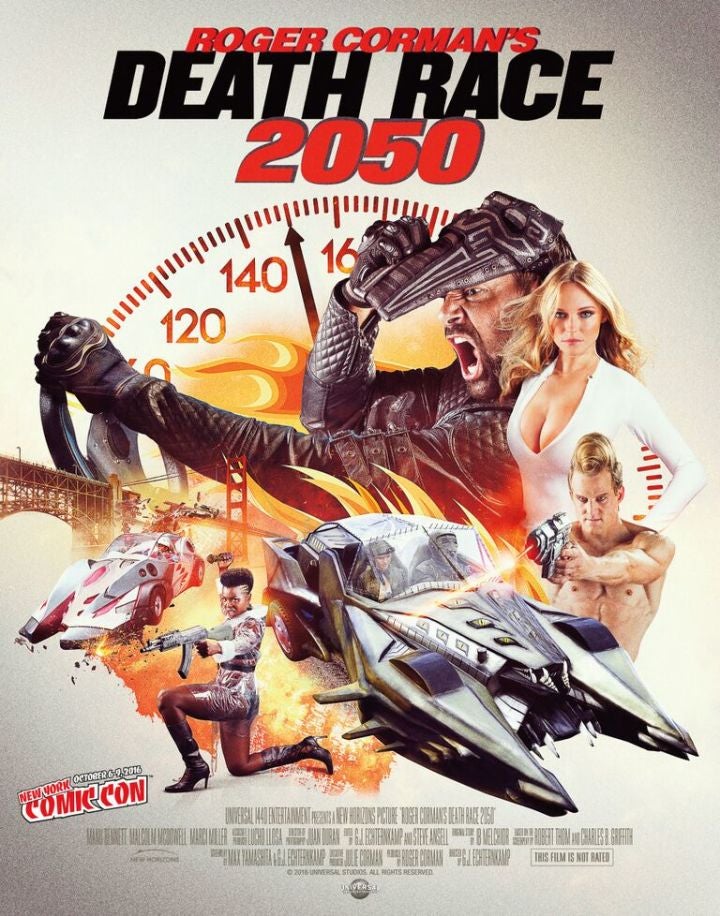