We have more goodies this weekend to give away, this time one reader in the United Kingdom can get his/her hands on Miami Vice: The Complete Collection, courtesy of Fabulous Films.  And even better, it’s on Blu-Ray!

To be in with a chance of claiming this, simply email jordan@manlymovie.net and request it.  Include a postal address.  This offer applies to residents of the United Kingdom only. 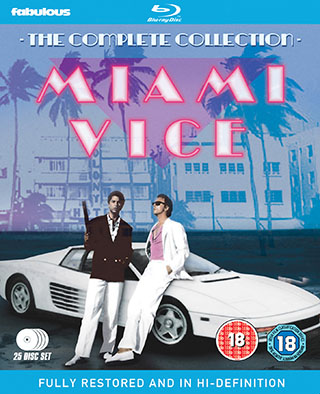 Produced by Michael Mann and Starring Don Johnson and Philip Michael Thomas (Heat, Manhunter) Miami Vice was a massive hit all over the world and had 15 Emmy Award nominations for its first series.  Here, all 111 episodes are fully restored in high definition in this monstrous 5,510 minute release.