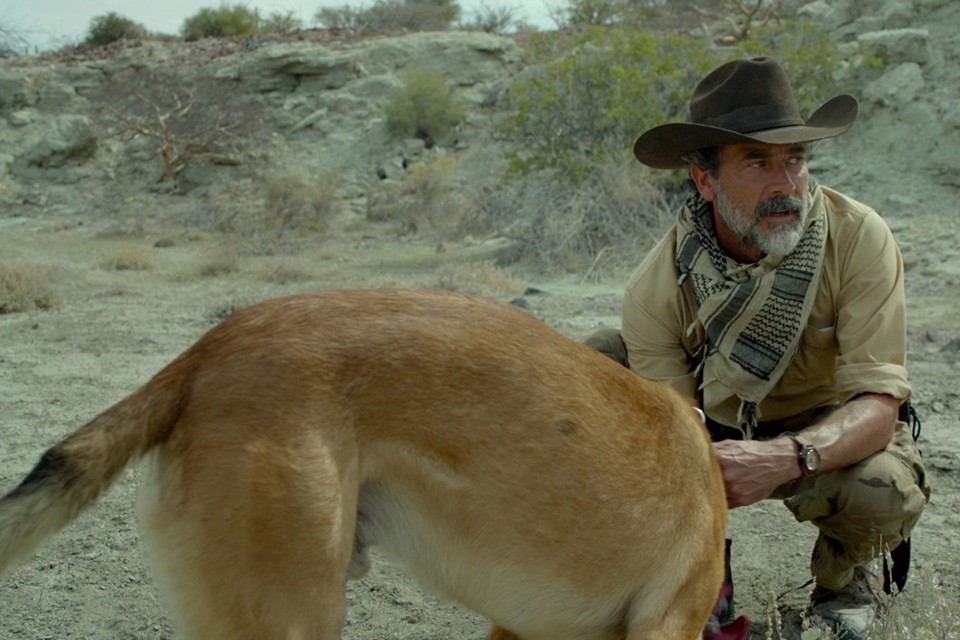 Run Time: 94 Mins
Rated: R
What To Expect: Morgan carrying the movie on his back, minimalist horror

Jeffrey Dean Morgan really does have this whole nasty baddie thing down to an art, in the way that other actors probably would not be able to comprehend or interpret.  A sign of a good actor is being cast as similar characters yet creating distinct and contrasting performances and that’s what you can appreciate here, if you’ve been watching The Walking Dead recently and are going to check this out.  This movie is driven and survived by Morgan and a Negan-esque character, yet markedly different.

If you remember the trailer for this movie, it openly sought to strum some political chords and pin itself to the U.S. election campaign.  Donald Trump became a target during the promotion of this movie as it drew attention to ongoing border issues in the United States.  I don’t know if I can blame the marketing team for that, it’s one way to promote your movie.  At the start, we see Moises (Gael Garcia Bernal) and a band of illegal Mexican immigrants cross the porous U.S./Mex border on foot.  And soon a right wing gun-wielding hunter (Jeffrey Dean Morgan) and his dog, ‘Tracker’, begin stalking the immigrants and killing them one by one, leading to a hunt on foot.

The film is minimalist, almost to a fault.  Character development does not exist, especially for the antagonist.  We only know that Moises and his fellow travellers don’t like Mexico or snipers wearing cowboy hats shooting at them. We know that Jeffrey Dean Morgan really likes his dog and chugging whiskey in the cab of his off road Chevy.  At 94 minutes this does not matter much — it’s a chase movie — but one thing I would’ve like to have seen was some alteration to what was actually happening.  Much of it is running, literally, amidst featureless cinematography.

However as I alluded to above, the main attraction here is Jeffrey Dean Morgan,  Even with scant dialogue, Morgan is able to induce menace and interest.  He is for sure a versatile actor, I enjoyed his scenes more than the threadbare stuff on the victim’s end.  You see, Morgan is able to bring a human element to his villains, different each time.  Whether its his cowardly creep in The Resident, his alpha boss in The Walking Dead or his loner hunter in Desierto, he’s always fun to watch.  One thing I must object to about this movie is the graphic killing of an animal, which you can probably guess is.  There is no need to show such suffering, did the director written the dog in a personalized way and feel the need to give it the worst death on screen, showing every detail?  Bad.

This is a region 2 DVD I’m looking at.  On that front, there’s little to report.  No extras, but an acceptable image with 5.1 surround, which works decently when gun shots ring out and such.  Overall, a decent one time watch.

Dieserto is available on Region 2 DVD on November 7th.