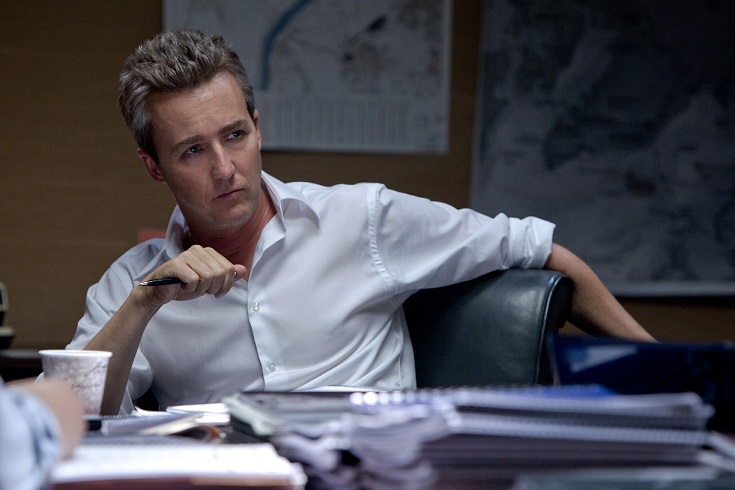 I’m going to be looking at quite a few manly movies on UHD this month, among others I’m about to start watching Goodfellas, which I haven’t reviewed before.  Being around the same age as Ghostbusters II which was of poor quality on UHD it will be interesting to see how that movie holds up.  First I’m checking up on more ‘Bourne’ here, today’s UHD reviews The Bourne Legacy.

I don’t know if you recall an air of cynicism when this movie came out.  People felt like they’d had their fill of Bourne and if there was to be more, it should’ve been Matt Damon.  Some were also unhappy that it wasn’t faithful to the Ludlum novel of the same name.  So The Bourne Legacy was kind of fighting an uphill battle and didn’t exactly get rave reviews.  But you know what, it’s a good movie.

An original non-adapted screenplay directed by Tony Gilroy, Legacy has Jeremy Renner play black ops killer Aaron Cross.  Set six weeks after The Bourne Ultimatum, big brother is spooked by Jason Bourne shaking the system to its core and sets out to eliminate loose ends and other potential Bourne disasters.  That means launching drone strikes on their own specially trained agents.  While Bourne was the original Treadstone superman, in this movie, Cross and his comrades must rely on medication to retain their heightened stamina, skills and intelligence.  On the run, Cross must seek answers and iron out his dependency problems.

I wish they’d made a second one of these instead of Jason Bourne, which was an inferior movie to this and the other three.  I think Tony Gilroy is a better director than Paul Greengrass and I think Matt Damon’s story was done and dusted in the third movie.

While this movie does have some shortcoming, namely the now worn chestnut of having a super-duper assassin sent to take out the super assassin, I thought the whole pills angle was fresh and interesting.  It’s kind of like Universal Soldier in that way, only less goofy than the (extremely good) 1992 movie.  What also helps the movie is that it has best camera work of the entire series with comparatively lucid and steady action helped with very nice cinematography.  You’d think that Paul Greengrass would’ve learned a lesson about this, especially since the fifth movie was to be presented in 3D (in some places only in 3D!) but sheer arrogance got the better of him and, sure enough, he actually had viewers vomiting.

All the same, Legacy is a good movie and while Brian Cox was taken out of the mix for the third movie, I like Edward Norton’s new control room stiff, he added some weighty credibility to a movie that needed it.

To my eyes, the Bourne series on UHD has been a failure.  Of the first three, the third was unsurprisingly the best quality (or if you want to say ‘least bad’), followed by the first with the second, Supremacy, being the weakest of the three.  The problem is that these movies are being upscaled from a 2K intermediate scan meaning we’re not getting true 4K.

But one thing that needs to be pointed out is that upscaled 2K on UHD with HDR is superior to 1080p, so while I’m calling these releases disappointing, I’m speaking relatively.  Like a capable student who is not pulling his weight, must do better.  All of these movies come with their 1080p counterparts on a second disc and if you put them side by side, one is better.

Legacy on UHD is the best looking Bourne movie so far.  I pointed out that the previous movies suffered especially with close ups on faces (always a good quality test) and while this one doesn’t exactly blow us away, you can clearly see for example details in the eyes and irises of the actors that won’t catch your attention on the old release or the other three movies.  Once again, contrast is also strong and HDR brings deep blacks and boastful red backpacks juxtaposing wintry snow in the background.

But once again, I’m left somewhat disappointed, a lot of it looks flat and disengaging and your eyes adjust very quickly (unlike Narcos, where my eyes are consistently impressed to the end credits of each episode).  I want better from UHD and currently with this streak of pseudo 4K releases it’s not doing itself any favours in its war against streaming.  Again, my advice is to buy this version if you don’t have the old one or even if you really like this movie, to ditch the other three and only buy this one on UHD.  It also has the usual extras… but they’re old and on the second HD disc.