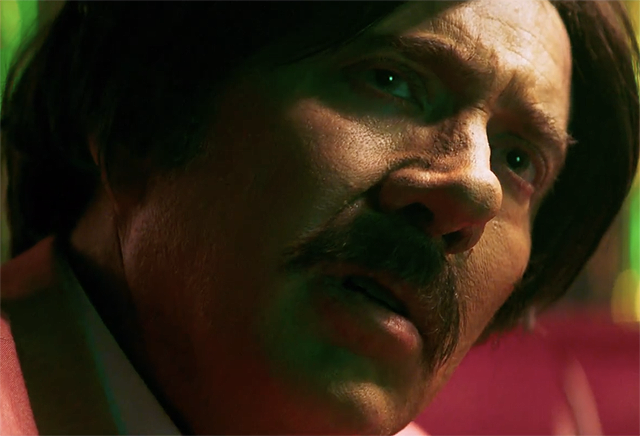 Once upon a time John Cusack and Nicolas Cage appearing in a violent thriller would’ve been a summer box office contender.  Maybe as an action movie.  Remember when they showed up in Con Air, with Cage trolling as Cameron Poe and John Cusack trying to figure out what was happening on the plane?  Once upon a time there were washed up 80’s actors, now there’s a thing of washed up 90’s actors.  If there’s one thing I can do correctly on this site, it’s falling on VODmit grenades so that others may not have to being exposed to a 90 minute screen atrocity.

So Cage and Cusack are on the artwork and in the trailer.  But it’s another movie where I have to Google the names of the ‘main’ actors (see where it’s going already?) in order to outline the synopsis.  Shit, man… this movie doesn’t even have a Wikipedia page, instead I found a link to a Soviet movie of the same name from the 20th century (Edit: that URL; https://en.wikipedia.org/wiki/Arsenal_(film) has now been deleted).  This makes my job slightly more challenging further still.  Who are these fucks!  Adrian Grenier and Jonathon Schaech play brothers, with the former being young and successful and the latter playing the deadbeat hardass with a good heart, but perpetual screw up.  The latter decides to get involved in a kidnapping hoax with mobster Nicolas Cage and disappears, now his brother must recruit shady cop John Cusack to help him find what happened.

The film commits the usual crime of recruiting has-been actors for the purposes of promotion but barely putting them in the movie.  It deploys the usual tricks, make sure some of the sparse screen time is introduced early… e.g. Nicolas Cage will show up early in the movie, briefly, then disappear into the quagmire that is ‘Arsenal’.  So you’re left with Z-list actors and even flashbacks with ZZ-list child actors play the roles of said Z-listers.  Flashbacks, ‘plot twists’ (you know the deal when a VODmit thriller tries to pull a ‘twist’, it’ll fucking suck)… this movie will leave a viewer writing in boredom.

You’re probably waiting for me to talk about Nicolas Cage and his terrific manly toupee.  This is the only good thing about the movie.  Everyone here is playing it straight as a rod, but not Cage.  Usually when Saint Nic shows up in a movie I’m laughing when he opens his mouth, but here I was laughing when he merely appeared on the screen and laughed even harder when he opened his mouth.  Cage plays a drugged up, deadbeat mobster with a New Orleans drawl and he chews up his scenes with a performance that is, shall we say… ‘colourful’.  His wig and attire are fucking amazing, I could’ve watched him talked shit for 90 minutes in this role, or ever two hours.  But he’s hardly in the fucking movie, so really, there’s no point.  Wait, Cage is also wearing a prosthetic nose… yes.

This film is depressing, like a really bad riff on a typical episode of The Wire, without the good writing or acting. This movie will have you seeking consolation for the sorrow of a lost 90 minutes.