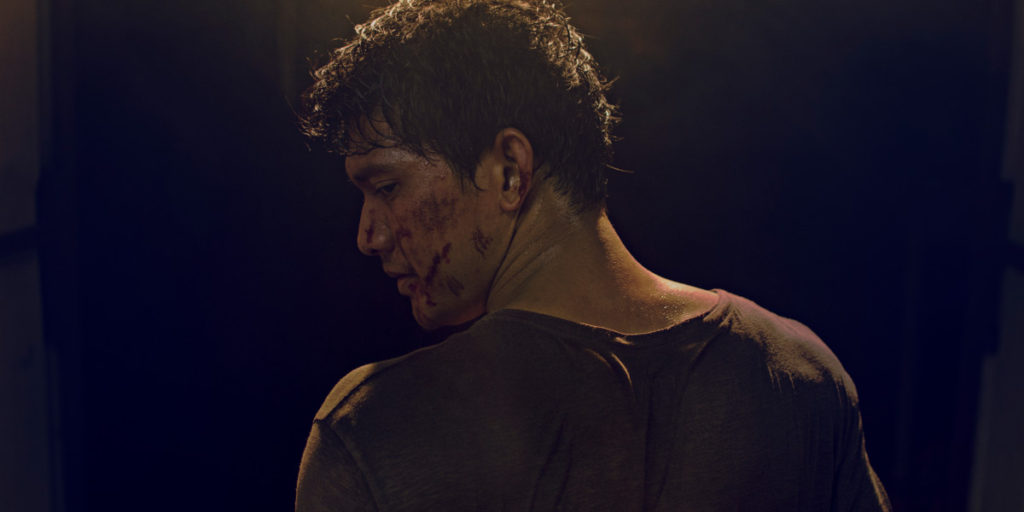 I was going to look at this movie at the weekend, but decided to check The Assignment first, given that the latter is a Walter Hill movie and the subject of controversy.  That should’ve been a good combination, but it’s one of his worst movies.  I should’ve watched this movie first (and only) because it’s easily a better movie.  Kimo Stamboel and Timo Tjahjanto’s Headshot is a strong action movie for Q1 ’17, even if it suffers some pacing problems.  It’s also extremely violent, as in borderline NC-17 violent.

The movie stars Iko Uwais as Ishmael, a man who washes up on a (typically beautiful) unspoiled Indonesian shore. He has no memory and is nursed back to physical health by Ailin, played by Chelsea Islan.  However, nefarious elements are after Ishmael, namely the extremely violent gang lord Lee, played by Sunny Pang.  Although Ishmael doesn’t know what their problem is, the man must mete out like for like violence when they come after his new women in an attempt to get to him.

Headshot is everything you’d expect from Stamboel and Tjahjanto — skinned knuckles, smashed skulls and time taken to savor violence and agonizing vengeance.  Centre star Uwais, who is growing by the year as an action man (even appearing in one of the new Star Wars, so I hear, but I haven’t watched), fills out a serviceable job as a man struggling with mental demons, and an unsurprisingly sterling job with the kinetic side of things.  I also really like Sunny Pang as the villain.  Too many actors go overboard trying to sell themselves, but fewer can do the job twice as good by doing half as much.  Sunny Pang is one such actor, a screen-commanding and charismatic presence in the movie, who gets a decent build up as a scummy yet interesting baddie.  And of course, a movie will suffer if it has no counterweight for its hero. 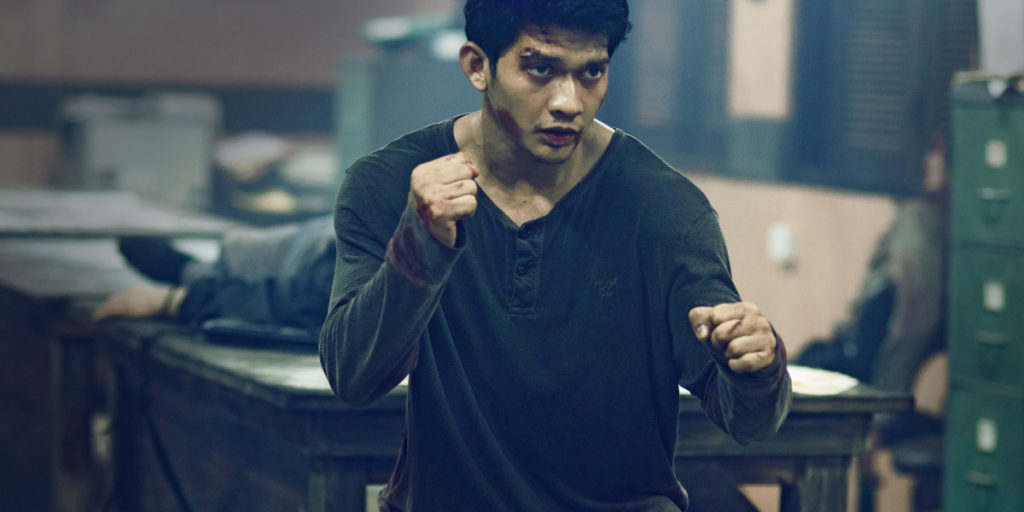 My my problem with this movie is that there are pacing issues.  Two hours pass with relatively little happening with regards to the story, it meanders, and we wait for the next action sequence.  Towards the end some frantic unravelling in the narrative occurs with a twist.  It didn’t overly interest me and I thought 20 minutes could’ve been cut out of this movie.  There is also some camera disturbance (shaking), not ruinous by any means and maybe more importantly, not accompanied by the usual horrible editing with certain movies.  But still… occasionally, a bit jarring.

What keeps the movie fresh though are the fight scenes.  As you’d expect, they’re well choreographed and perfectly executed.  We have fight scenes with Jack Lee and Julie Estelle, with the former in particular being the standout scene of the movie; a battle so violent and savage inside an abandoned police station that even I was kind of surprised.  So really then, fans of Iko Uwais shouldn’t miss this.