The Walking Dead To Run For 20 Years – ManlyMovie

Home / Horror / The Walking Dead To Run For 20 Years

The Walking Dead To Run For 20 Years 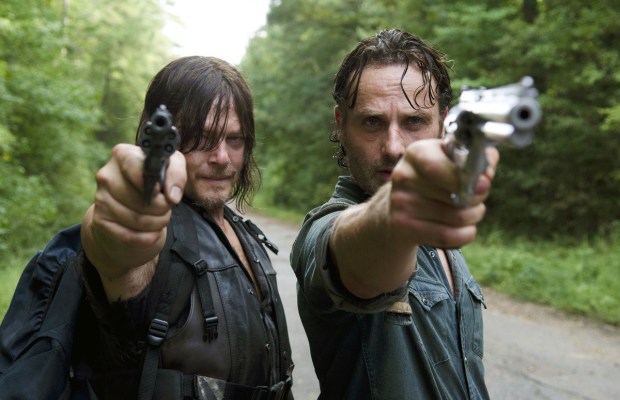 Even though ratings are falling and there are rumors of big names in the cast wanting to move on, speaking at PaleyFest in LA, Scott M. Gimple boasted on how the zombie-outbreak hit will remain on the air until 2030.

We are trying to do twenty years. The comic has certainly done it, and I look forward to every issue,” Gimple said according to New York Daily News. “The Simpsons has been on 26, 27 years, so that’s a challenge — so OK, challenge accepted. Done.”

Personally, I had to quit the show at the halfway point of the current season.  It’s just laughable at this point and not in a good way.  I know others, wisely, called it quits at the end of the first season. In hindsight, that’s precisely when the show hit the skids if you think about it.