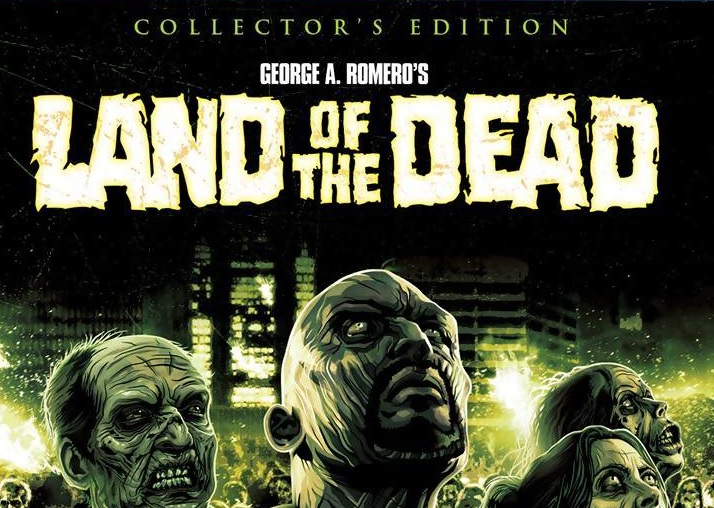 Home media distributor Scream Factory has revealed that they are preparing a Collector’s Edition of George Romero’s zombie sequel Land of the Dead (2005), starring Simon Baker, John Leguizamo, Asia Argento, Robert Joy, and Dennis Hopper. The release will be available for purchase on October 3.

To me, this is good news.  I think it’s an underrated sequel.

Synopsis: Legendary filmmaker George A. Romero returns to unleash another chapter in his zombie series! In this new tale of terror, Romero creates a harrowing vision of a modern-day world where the walking dead roam a vast uninhabited wasteland and the living try to lead “normal” lives behind the high walls of a fortified city. A new society has been built by a hand of ruthless opportunists, who live in luxury in the towers of a skyscraper, high above the less fortunate citizens who must eke out a hard life on the streets below. With the survival of the city at stake, a group of mercenaries is called into action to protect the living from the evolving army of the dead waiting outside the city walls. Land Of The Dead features a cast of great actors including Dennis Hopper, Simon Baker, Asia Argento, Robert Joy and John Leguizamo.