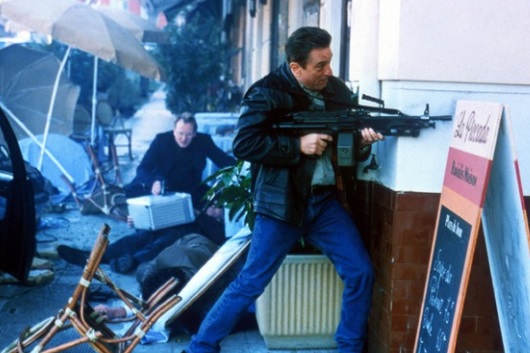 UPDATED:  A new piece of artwork has been released for this one.  You can check out the Blu-Ray cover below, which has a nice retro look to it.  It wouldn’t look out of place at all as an old VHS cover.  This movie will be released at the end of the month.

PREVIOUSLY: Brilliant 1998 action/thriller Ronin is getting a new Blu-Ray release soon, courtesy of Arrow Films.  We’ve been receiving Arrow’s stuff for a few years now so expect a review up here.  Below is some information on what to expect;

You can expect this to drop sometime in August on Region B Blu-Ray.  An extremely good movie, if you haven’t checked it out yet, don’t delay.