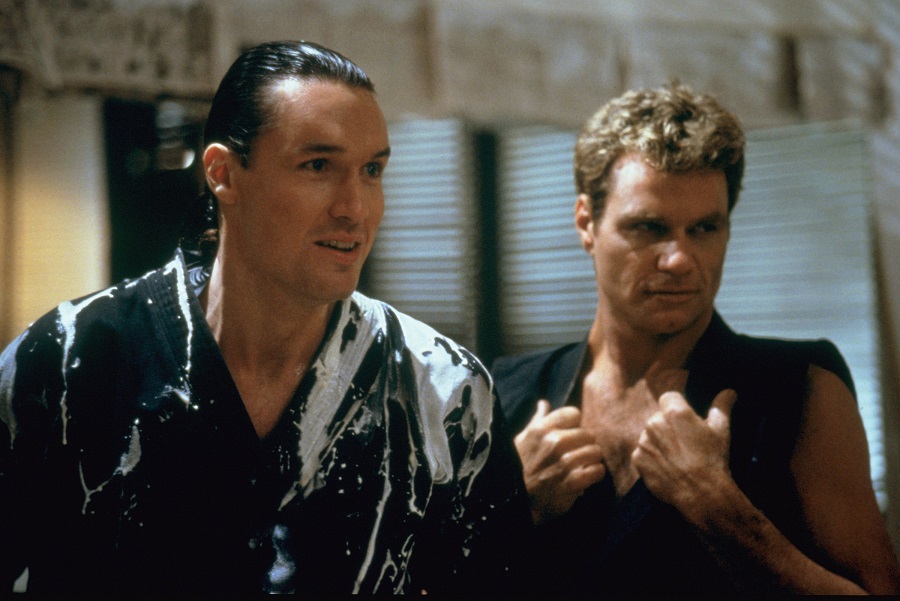 This is some of the best fucking entertainment news I’ve heard all year!  The Cobra Kai… never dies!

Even though The Karate Kid was rebooted, it turns out that a fourth 10-episode online sequel to the original series will be filmed for YouTube Red… with a heavy focus on old faces.

According to The Live Feed, original stars Ralph Machio and William Zabka (Machio’s nemesis in the first movie) are returning.  Set 30 years later, Daniel Larusso is now a successful businessman, whereas Johnny is a down and out loser, who manages to get himself somewhat back on his feet… by reopening his old sensei’s Cobra Kai dojo.

According to the source, this reignites the rivalry between Johnny and the ‘Karate Kid’, with things soon escalating.

The series is being made by Sony Pictures Television Studios and Overbrook Entertainment.  But all I have to say is, I’ll be 200% rooting for the manly men of the Cobra Kai.  I am also hoping against hope for an appearance from the founding fathers, Sensei Kreese and Sensei Silver!  Or maybe even Mike Barnes!  But for now, Johnny will do, I never did accept the decision of that first match…