Daniel Craig Confirms He Will Star In Another Bond Movie – What Can We Expect? | ManlyMovie

Home / News / Daniel Craig Confirms He Will Star In Another Bond Movie – What Can We Expect?

Daniel Craig Confirms He Will Star In Another Bond Movie – What Can We Expect? 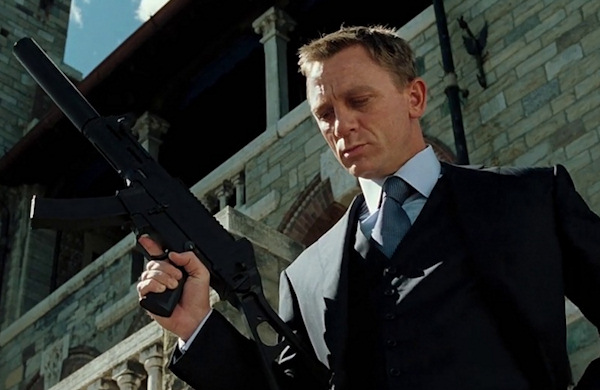 The rumours concerning who will be next to play one of the most coveted heroes in cinema history have quietened down for now, because Daniel Craig has put pen to paper and confirmed that he will reprise his role as the ultimate secret agent when the next James Bond movie hits cinemas in 2019. In terms of storyline, the creators usually keep their cards close to their chest until closer to the release date. But we can speculate on what kind of action will take place, and think about how 007 will get the better of his opponents.

Over the long history of the much-loved spy films, there have been numerous versions of Bond. Some actors such as Roger Moore tried to reflect the spy’s humorous side more, while others like Sean Connery focused on the suave attitude. For many Craig is the ideal Bond, a perfect mixture of cool, classy, and charismatic. No matter which actor has taken up the part of the man from MI6 over the franchise’s 24 official films and over fifty year history, though, everyone has had to be able to use their fists and their surroundings to take down the endless streams of enemies that 007 has to face. There has even been research into the methods that Bond uses in his fights.

This article by Lottoland has done extensive analysis of all the Bond films from Eon Productions, from Dr No in 1962 to Spectre in 2015. Every minute of the films was scrutinised, and every punch, kick, judo chop, and pistol whip was categorised. Although Bond’s fighting style seems to have developed over the years, with Craig even displaying some MMA-inspired moves in the more recent films, there are some attacks which are predominant throughout the whole series. Punches and slaps, along with throws, tackles, trips, kicks, and stamps are Bond’s preferred methods of fighting, and have been used in practically all the films.

Bond has also been known to use some pretty unconventional methods to take out foes. Some of the strangest approaches of killing have included the use of maggots, a parasol, hairspray, and a bikini. The most frequently used weapons have been doors, walls, and furniture. Although 007 may not be the strongest or most efficient fighter, he has constantly demonstrated an innate ability to use his surroundings to his advantage. Fans can almost certainly expect more of this kind of dogged fighting in the next feature.

With Craig having previously made it public that he wanted to stand down from any further action as Bond after having been successful in four other films, many fans will be glad that the 49-year-old is coming back. A lot of polls think that Casino Royale and Skyfall, which both starred Craig, are the two greatest Bond adventures of all time. Now the thus far unnamed next instalment just needs a director, with Denis Villeneuve currently the frontrunner for the job. With Spectre failing to live up to expectations, Craig and whoever ends up in the director’s chair have a big task on their hands.