Also on December 18, the movie will be available on Blu-ray, Limited Edition Blu-ray Filmbook and 2 Disc DVD. The Blu-ray Filmbook features a Blu-ray disc with the film in hi-definition beautifully packaged in a collector’s edition picture book and a Digital version of the movie.

“Dunkirk” opens as hundreds of thousands of British and Allied troops are surrounded by enemy forces.  Trapped on the beach with their backs to the sea they face an impossible situation as the enemy closes in. The story unfolds on land, sea and air. RAF Spitfires engage the enemy in the skies above the Channel, trying to protect the defenseless men below. Meanwhile, hundreds of small boats manned by both military and civilians are mounting a desperate rescue effort, risking their lives in a race against time to save even a fraction of their army.

On December 12, “Dunkirk” will be available to own in 4K HDR from select digital retailers including iTunes, it will also be available in high definition and standard definition on favourite devices from select digital retailers including Sky Store, Amazon, iTunes, Google and others. On December 18, “Dunkirk” will be made available digitally on Video On Demand services from cable and satellite providers. 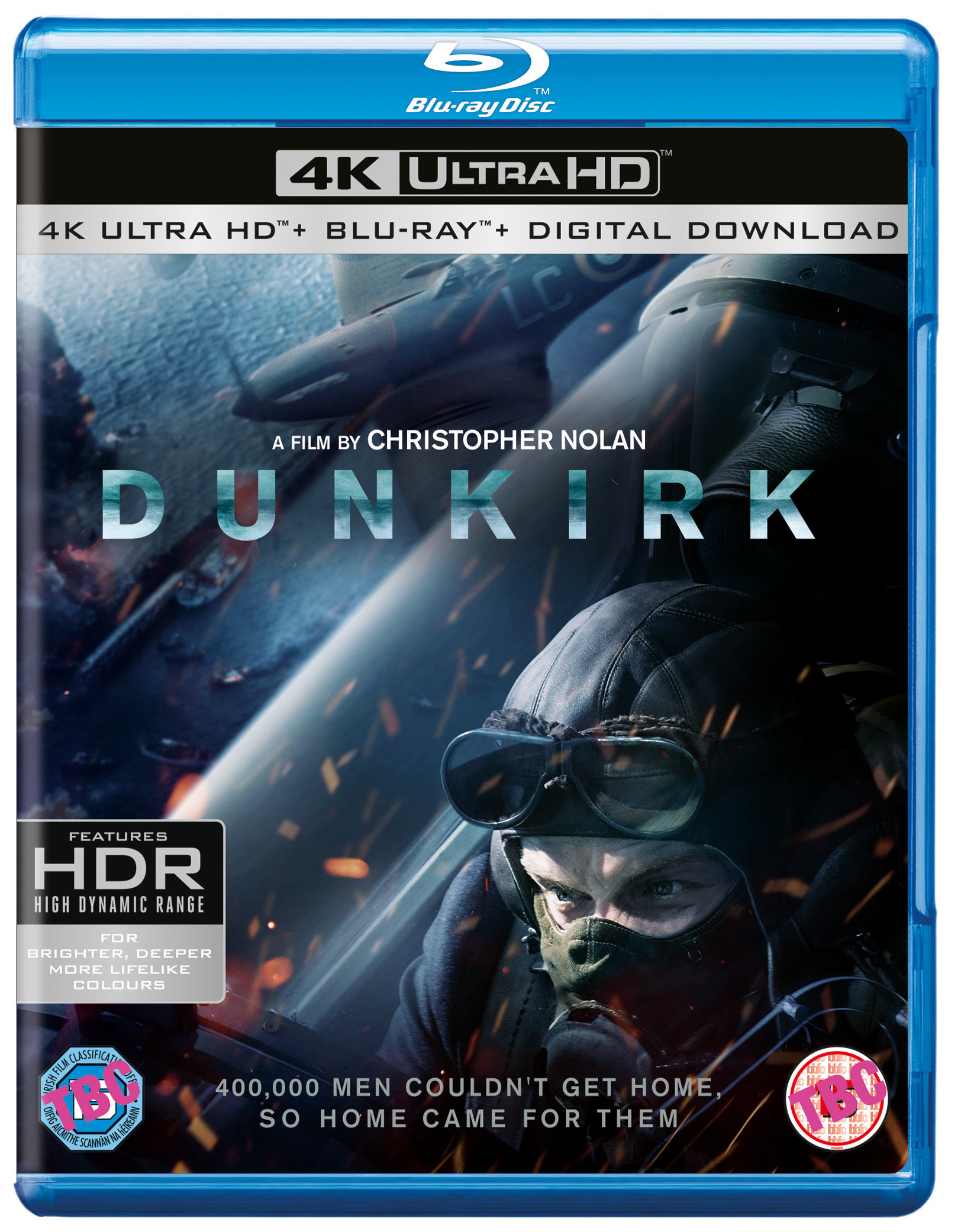