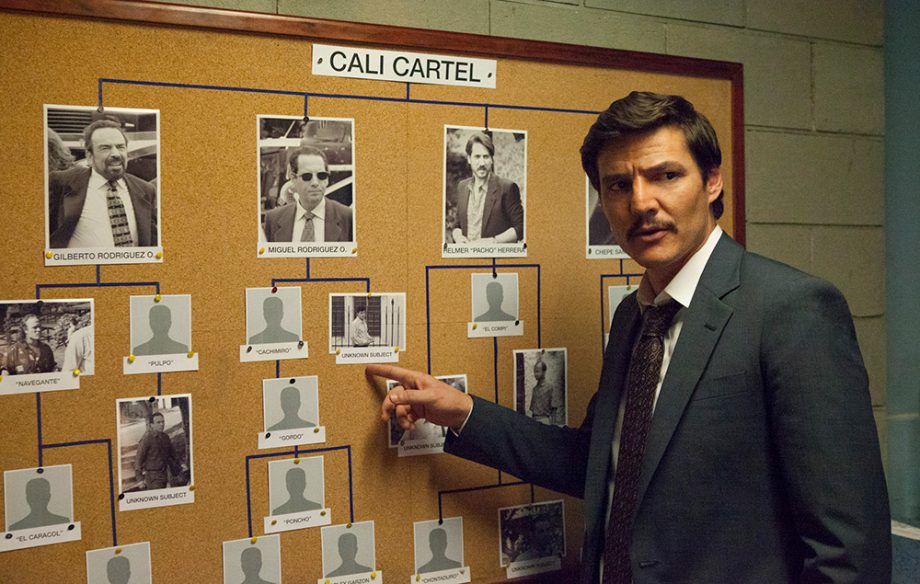 Run Time: 10 Hours
Rated: TV-MA for strong brutal violence, scenes of torture, drinking and smoking, pervasive graphic language, and sexuality
What To Expect: A show that is at least as good as the first two seasons

I binged on the first two seasons of Narcos after friends recommended it.  I wasn’t disappointed, but didn’t have time to binge the third.  Having just completed this season I can say that it is as good as the first two seasons.  Or at least, somewhat better than the second.

For the uninitiated, the show follows DEA efforts to thwart the Cali Cartel in Colombia in the 1980’s (1990’s in this season), and take down the notorious Pablo Escobar.  This means that, for example, Scarface is thematically heavily called upon.  There are a lot of mullets, a lot of 1980’s music, Uzi 9mms and limbs being cut up with chainsaws.  This season jumps off from season two, where Agent Peña had successfully taken down Escobar and now has to deal with his successors, the Rodríguez Orejuela brothers.  But, of course, he finds corruption at unexpected turns.

In the centre of season 3 is the DEA’s mole, Jorge Salcedo, played by Matias Varela.  Salcedo is the protagonist and ‘good’ anchor amid a bevy of scumbags, who wants out to start a clean life with his family.  The DEA wants to help, but with men who cut people up with chainsaws, it’s a dangerous line to dance on.  Good actors make you forget that they’re acting, exceptional actors make you take notice at how good they are, and Varela is an extraordinary actor and helps sell moments of extreme tension and vulnerability.  It helps to have this character in the baddie camp, you don’t root for him at first, but you definitely do by the end.

Although the season isn’t perfect — it returns to some wells for a third time, and Pedro Pascal’s character is still a bit under cooked — Narcos: Season 3 gets most things right, better than many TV shows.  There aren’t too many characters for example, a saturation frustration I’m having at the minute with Game of Thrones, and the pacing is superb.  The final two episodes in particular are classic television.  Gripping stuff, something you can’t really say about a lot of entertainment these days.  Possibly up there with some of the better Sopranos episodes, like Mr. Ruggerio’s Neighborhood.  That was also from season three of that show – remember, some of the best shows peak at season three, or at least begin to find their true stride.

Another thing, this show is currently the best example of 4K I’ve yet seen.  Better even than The Revenant, I think.  A lot of it just has to be seen to be believed, I’ll tell you, it’s a real treat to see all of these 1990’s 4x4s, in the sun, like they’re just sitting right there in front of you.  Especially when in practically every scene, something is going down.

Check out the shootout in the video above to get a feel for what this show is.